'Poison in every puff': Canada set to become 1st nation to introduce written warning on every cigarette

A consultation period for the proposed change is set to begin Saturday, and the government anticipates the changes coming into force in the latter half of 2023.

Canada is poised to become the first country in the world to require that a warning be printed on every cigarette.

The move builds on Canada's mandate to include graphic photo warnings on tobacco products' packaging -- a policy that started an international trend when it was introduced two decades ago.

"Adding health warnings on individual tobacco products will help ensure that these essential messages reach people, including the youth who often access cigarettes one at a time in social situations, sidestepping the information printed on a package."

A consultation period for the proposed change is set to begin Saturday, and the government anticipates the changes coming into force in the latter half of 2023.

While the exact messaging printed on cigarettes could change, Bennett said the current proposal is: "Poison in every puff."

Canada has required photo warnings since the turn of the millennium, but the images haven't been updated in a decade.

Rob Cunningham, the senior policy analyst with the Canadian Cancer Society, said he hopes the warnings printed directly on cigarettes become popular internationally, just like the package warnings did.

This is going to set a world precedent, Cunningham said, adding no other country has implemented such regulations. He's hopeful that the warning will make a real difference.

It's a warning that you simply cannot ignore, Cunningham said. It's going to reach every smoker, with every puff.

The move also drew praise from Geoffrey Fong, a professor at the University of Waterloo and principal investigator with the International Tobacco Control Policy Evaluation Project.

This is a really potentially powerful intervention that's going to enhance the impact of health warnings, Fong said.

Smoking rates have been steadily falling over the years. The latest data from Statistics Canada, released last month, shows that 10% of Canadians reported smoking regularly. The government is seeking to cut that rate in half by 2035.

StatCan noted that roughly 11% of Canadians 20 and older reported being current smokers, compared to just 4% of people aged 15 to 19. 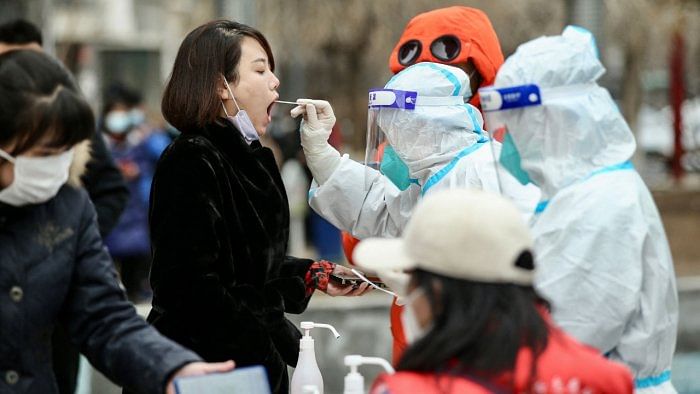 HomeWorld'Poison in every puff': Canada set to become 1st nation to introduce written warning on every cigarette