Lawmakers appeared poised to push Prime Minister Khan out of power in an upcoming no-confidence vote, after a small but key coalition partner abandoned him and joined the opposition on Wednesday

Pakistani lawmakers appeared poised to push Prime Minister Imran Khan out of power in an upcoming no-confidence vote, after a small but key coalition partner abandoned him and joined the opposition on Wednesday.

The Muttahida Qaumi Movement, or MQM, has only five seats, but their move puts the number of Khan’s opponents in parliament at well over the 172 needed to oust him in the vote, expected sometime next week.

The development seems likely to be the terminal blow for Khan, who already faces a revolt by a dozen lawmakers from his own Pakistan Tehreek-e-Insaf party who have publicly pledged to vote against him.

Khan, elected in July 2018 vowing to tackle corruption and fix the economy, isn't going quietly. He hosted a massive rally on Sunday in Islamabad to show he remains wildly popular with his supporters.

At the rally, Prime Minister Imran Khan claimed that the opposition’s no-confidence motion against him was a result of a “foreign conspiracy” because of his external policy and funds were being channelled from abroad to oust him from power.

Though he did not initially provide specific details about the threatening letter, he subsequently opened up a bit because of critics doubting his claim. The government initially offered to share the letter with the chief justice of Pakistan, but later the prime minister also briefed his cabinet members about the contents of the letter.

No foreign government was named in that meeting, but the media persons were informed that a Pakistani envoy was told by a senior official of the host country that they had issues with Prime Minister Khan’s foreign policy, especially his visit to Russia and the stance on the ongoing Ukrainian war.

The Pakistani envoy was further conveyed that the future trajectory of relations between the two countries was contingent upon the fate of the no-confidence motion that the opposition parties were then planning to bring against the prime minister. The envoy was warned of serious implications if Prime Minister Khan survived the no-trust vote.

The cable was reportedly sent on March 7, a day before the opposition submitted the no-confidence motion and requisitioned a National Assembly session for voting on it.

Contradictory claims have emerged from Islamabad and Washington about the meeting between Ambassador Majeed and Lu after PM Khan’s claim.

A senior Pakistani official told Pakistani newspaper Dawn that the language used in the meeting by the American side was unusually harsh.

Meanwhile, Americans deny in private discussions that any specific message was delivered to the Pakistani envoy, Dawn said. 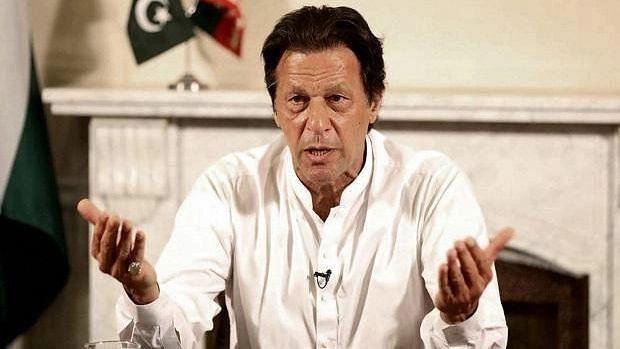