Among the infected, 2,666 cases were reported from the Los Angeles Unified School District
Associated Press 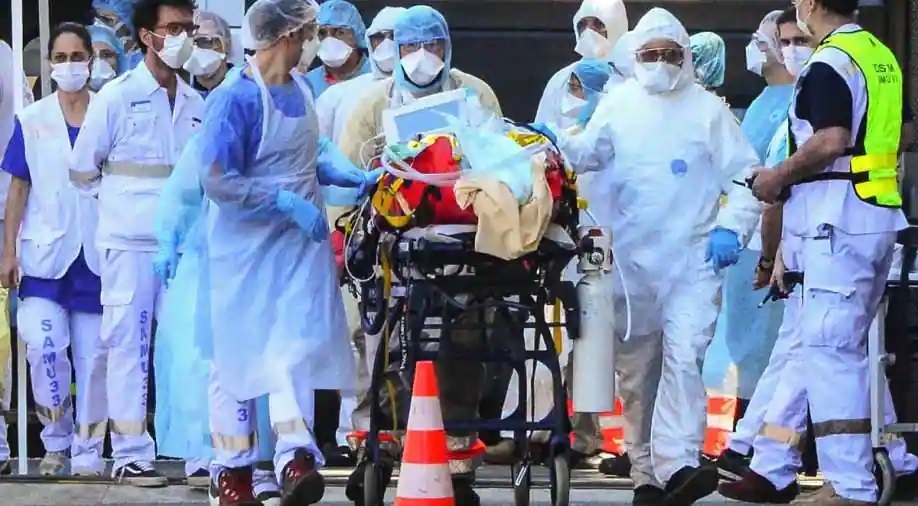 Los Angeles: The Los Angeles County Public Health Department announced that 3,186 coronavirus cases had been reported from schools from August 16-22.

The data, collected as students came back to campus en masse for the first time in more than a year, offered an early snapshot of the status of local schools in protecting against on-campus transmission of the fatal disease, especially the Delta variant, reports Xinhua news agency.

"The early data we have on schools is somewhat sobering," said Public Health Director Barbara Ferrer during a public briefing here on Friday.

Ferrer said that, overall the proportion of school-related cases among vaccinated individuals was in the single digits.

Data released by the authority showed that only 5 per cent of reported infections were students or teachers who had been fully vaccinated.

Ferrer also noted that the school data helped the county health team better understand what drives the risk of transmission higher, saying "our findings from these outbreaks suggest that transmission risk is high with close, sustained, unmasked contact between people, especially when they are engaging in physical exertion, and in this case most of the activities were happening indoors".

Mounting deaths from the latest surge in COVID-19 have strained capacity at hospital morgues and funeral homes across central Florida.

While Florida's record levels of new cases and hospitalisations for the disease have levelled off over the past week, averages of daily reported deaths have continued to climb.

Hospitals in Florida have reported to the federal government that roughly 279 patients have died every day for the past week, according to the US Department of Health and Human Services, though that figure includes deaths suspected, but not yet confirmed to have been, from COVID-19. The figure just a month ago was 52 deaths per day.

AdventHealth's hospitals in central Florida are scrambling to secure additional resources to deal with the surge in deaths, the hospital group's spokesperson, Jeff Granger, told The Associated Press. The Orlando Sentinel reported the health system had reached morgue capacity at 10 of its hospitals in five counties: Orange, Osceola, Polk, Seminole and Volusia.

"We have begun utilising rented, refrigerated coolers at 10 of our campuses," the hospital group said in an email obtained by the newspaper. "These coolers are quickly becoming filled also." Maria Rosales, who runs an Orlando-area company that picks up bodies from hospitals and delivers them to funeral homes or crematoriums, says she has seen an increase in deaths in the past two weeks.

"They have to rent out big trucks for extra storage spaces," she said of the hospitals.

Recently her drivers have been stuck waiting at the funeral homes and crematoriums because several other companies are also trying to deliver bodies at the same time, she said.

Funeral directors also warned that their facilities are being overwhelmed, according to numerous news outlets.