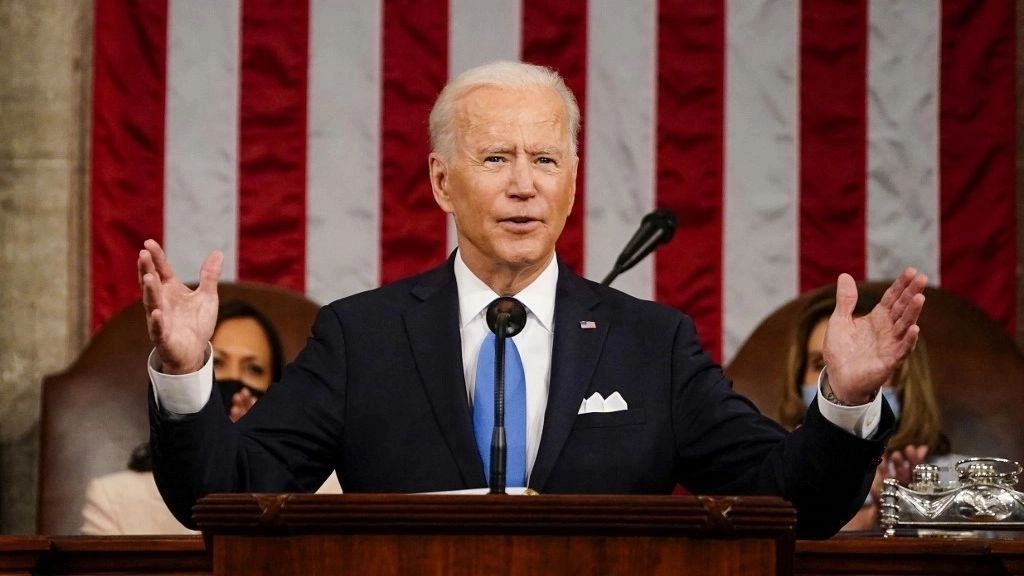 Amid the unabated spread of the Omicron variant, US President Joe Biden on Thursday warned of a winter of "severe illness and death" for unvaccinated Americans as COVID-19 cases continue to spike across the country.

"...I want to send a direct message to the American people: Due to the steps we've taken, Omicron has not yet spread as fast as it would've otherwise done and as is happening in Europe. But it's here now, and it's spreading, and it's going to increase," said Biden after meeting with members of his COVID-19 response team. Omicron will overtake Delta as the dominant variant in US in January, American health officials said.

The COVID-19 test positivity rate doubled in New York City between December 9 and 12, with the mayor's public health advisor calling it something 'never seen.'

Meanwhile, The G-7 health ministers met on Thursday and said that the Omicron variant was the 'biggest current threat to global public health.' They reached this conclusion after Columbia University researchers found the variant was noticeably resistant to vaccines and even a third booster might not fully protect against it.

The study says that Omicron's 'extensive' mutations can 'greatly compromise' all major COVID-19 vaccines - Pfizer, Moderna, Johnson & Johnson and AstraZeneca, even neutralising them. ‘‘It is not too far-fetched to think that COVID-19 is now only a mutation or two away from being pan-resistant to current antibodies,’’ the researchers wrote.

A record number of daily coronavirus cases were reported across the UK for the second day running, with 88,376 infections confirmed on Thursday. England's chief medical officer said the Omicron variant could rise "incredibly fast" and translate into lakhs of cases a day.

In India, there have been 101 Omicron cases. Europe is passing through a serious phase despite 80 percent partial vaccinations and despite the fact that they also went through a Delta wave, Indian government’s Covid task force chief Dr VK Paul said on Friday. ‘‘If we look at the scale of spread in the UK and if there is a similar outbreak in India, then given our population, there will be 14 lakh cases every day. France is reporting 65,000 cases. If an outbreak of a similar scale takes place in India, then given our population it will mean 13 lakh cases every day," Paul explained.