North Korea said Wednesday more than a million people have already recovered from suspected COVID-19 just a week after disclosing an outbreak it appears to be trying to manage in isolation as global experts express deep concern about the public health threat.

The country’s anti-virus headquarters announced 232,880 new cases of fever and another six deaths in state media Wednesday. Those figures raise its totals to 62 deaths and more than 1.7 million fever cases since late April. It said at least 691,170 remain in quarantine.

Outside experts believe most of the fevers are COVID-19 but North Korea lacks tests to confirm so many. The outbreak is almost certainly greater than the fever tally, since the virus can be carried and spread by people who don’t develop fevers or other symptoms.

It’s also unclear how more than a million people recovered so quickly when limited medicine, medical equipment and health facilities exist to treat the country’s impoverished, unvaccinated population of 26 million. Some experts say the North could be simply releasing people from quarantine after their fevers subside.

Globally, COVID-19 has killed about 6.3 million people with the true toll believed to be much higher. Countries with outbreaks of a similar size to North Korea’s official fever tally have confirmed thousands of deaths each.

Addressing a press conference on Tuesday, WHO's emergencies director Mike Ryan said, “Certainly it's worrying if countries are not using the tools that are now available,” as he was asked a question regarding the Covid-19 crisis in North Korea, news agency Reuters reported.

Ryan added that the WHO has repeatedly said that there is always a higher risk of new variants emerging where there is an unchecked transmission.

Apart from Ryan, WHO's director-general, Tedros Adhanom Ghebreyesus urged North Korea to share data and information regarding the pandemic.

"WHO is deeply concerned at the risk of further spread of Covid-19 in the country particularly because the population is unvaccinated and many have underlying conditions putting them at risk of severe disease and death," Ghebreyesus told reporters on Tuesday.

He also added that the WHO offered to provide technical support and supplies, tests, medicines and vaccines to help North Korea stem the spread of Covid-19.

Meanwhile, North Korea's supreme leader Kim Jong Un accused officials of “immaturity” and “slackness” in handling the virus across the country. He urged officials to strengthen Covid-19 controls at workplaces and make redoubled efforts to improve the supply of daily necessities and stabilise living conditions, the Korean Central News Agency said on Wednesday.

Kim’s government had shunned millions of vaccine shots offered by the U.N.-backed COVAX distribution program, likely because of international monitoring requirements attached to them.

It has so far ignored rival South Korea’s offer to provide vaccines, medicine and health personnel, but experts say the North may be more willing to accept help from its main ally China. South Korea’s government said it couldn’t confirm media reports that North Korea flew multiple planes to bring back emergency supplies from China on Tuesday.

Read Also
North Korea COVID outbreak spins out of control; over a million cases and counting 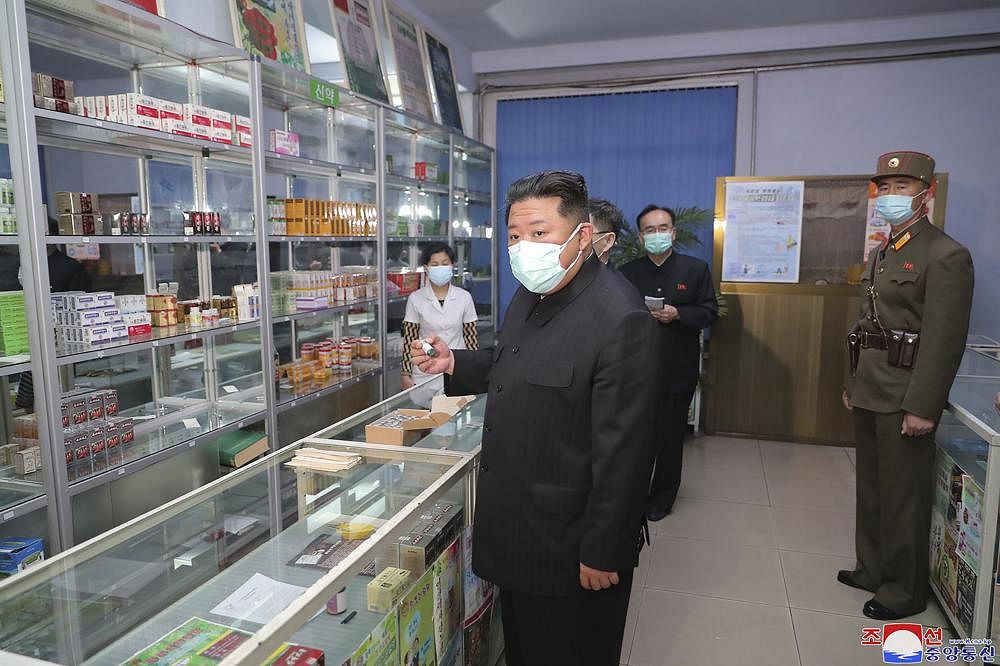