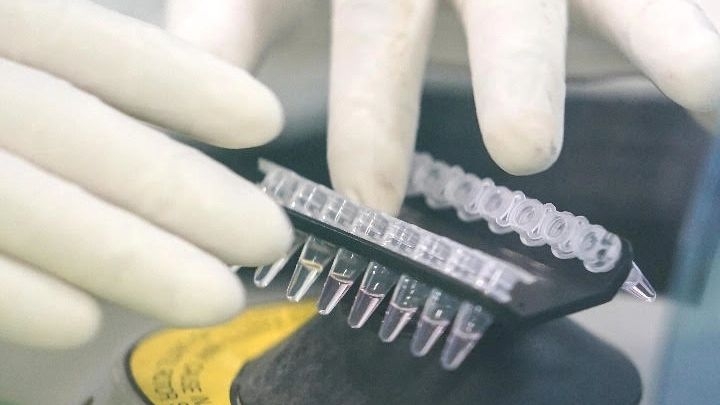 Texas: The researchers at the University of Texas are studying the use of whole-cell vaccines to tackle urinary tract infection or UTI as it is a serious issue of antibiotic-resistant bacteria.

This study has been published in the American Chemical Society's 'ACS Nano Journal'.

Dr Nicole De Nisco, assistant professor of biological sciences, and Dr Jeremiah Gassensmith, associate professor of chemistry and biochemistry, recently demonstrated the use of metal-organic frameworks (MOFs) to encapsulate and inactivate whole bacterial cells to create a "depot" that allowed the vaccines to last longer in the body.

"Vaccination as a therapeutic route for recurrent UTIs is being explored because antibiotics aren't working anymore," De Nisco said.

"Patients are losing their bladders to save their lives because the bacteria cannot be killed by antibiotics or because of an extreme allergy to antibiotics, which is more common in the older population than people may realize," De Nisco added.

The American Urological Association estimated that 150 million UTIs occur yearly worldwide, accounting for USD 6 billion in medical expenditures. If not successfully treated, a UTI can lead to sepsis, which can be fatal.

Recurrent UTI, De Nisco said, is primarily regarded as a women's health issue, and although it's common -- especially in postmenopausal women -- it's something many women don't talk about a lot.

"Even if you cleared the bacteria from the bladder, populations persisted elsewhere and usually become resistant to the antibiotic used. When patients accumulate antibiotic resistances, they're eventually going to run out of options," De Nisco added.

De Nisco's collaboration with Gassensmith began in late 2018 after she gave a presentation on the microbiology of UTI to a campus safety protocol committee.

"Afterward, we talked about my research group's idea of creating better whole-cell vaccines by preserving antigens in this slow-release depot," Gassensmith said.

"At the time, we had no real models to test it with, and I thought UTI presented a very good opportunity," Gassensmith added.

Vaccines worked by introducing a small amount of killed or weakened disease-causing germs, or some of their components, to the body. These antigens prompted the immune system to produce antibodies against a particular disease. Building vaccines against pathogenic bacteria is inherently difficult because bacteria are significantly larger and more complex than viruses. Selecting which biological components to use to create antigens had been a major challenge.

Consequently, using the entire cell is preferable to choosing just a piece of a bacterium, Gassensmith said.

"We throw the whole kitchen sink at them because that's what your body normally sees when it becomes infected," he said.

However, the whole-cell approach had its own issues.

"That's the reason for our MOF antigen depot: It allows an intact, dead pathogen to exist in tissue longer, as if it were an infection, in order to trigger a full-scale immune system response," he added.

The metal-organic framework that Gassensmith's team developed encapsulated and immobilized an individual bacterium cell in a crystalline polymeric matrix that not only killed the bacterium but also preserved and stabilized the dead cell against high temperature, moisture and organic solvents.

In their experiments, the researchers used a strain of Escherichia coli. There are no vaccines against any pathogenic strain of this bacterium. Uropathogenic E. coli caused about 80 per cent of all community-acquired UTIs.

"When we challenged these mice with a lethal injection of bacteria, after they were vaccinated, almost all of our animals survived, which is a much better performance than with traditional vaccine approaches," Gassensmith said.

"This result was repeated multiple times, and we're quite impressed with how reliable it is," he added.

Although the method has not yet been tested in humans, De Nisco said that it has the potential to help millions of patients.

"This study on UTI was proof of the concept that whole-cell vaccines are more effective in this extreme, lethal-sepsis model," De Nisco said.

"Showing that this works against recurrent UTI would be a significant breakthrough," she added.

Beyond recurrent UTI or urosepsis, researchers believe the antigen depot method could be applied broadly to bacterial infections, including endocarditis and tuberculosis.

"We're working on translating this approach to TB, which is a very different organism, but like uropathogenic E. coli, when it enters the tissue, it stays, and it recurs," Gassensmith said.

"It requires a new way of thinking about how vaccines should work. Vaccine technology is about two centuries old, and it has evolved amazingly little. We hope our platform can open up using existing, well-studied pathogens to create more directed and engineered immune responses," he added.

The project, which involved two departments in the School of Natural Sciences and Mathematics, was initially facilitated by the UT Dallas Office of Research and Innovation through a grant to the two scientists from the Seed Program for Interdisciplinary Research.

The initiative encourages cross-disciplinary collaboration among University researchers. The research also was funded in part by grants from the National Science Foundation (DMR-1654405 and DMR-2003534) and The Welch Foundation. COVID-19: Will third wave hit India? Know what experts say amidst resurgence of cases in Europe