Male (Maldives): India-Maldives' time-tested relationship is poised for a quantum jump and New Delhi is strongly committed to further progress of this relationship, said External Affairs Minister Dr S Jaishankar as he held a joint press conference with the Minister of Foreign Affairs of Maldives, Abdulla Shahid, according to news agency ANI.

Following the bilateral talks, Jaishankar said, “I return to the Maldives after more than a year and the time in between, despite Covid, has witnessed fast-paced progress in our relationship. Under Prime Minister Narendra Modi and President Ibrahim Mohamed Solih, our cooperation has actually witnessed and withstood the arc and anguish of the pandemic.”

External Affairs Minister S Jaishankar and his Maldivian counterpart Abdulla Shahid on Saturday acknowledged strides made in fields of capacity building and training as the two countries inked an agreement paving the way for connectivity between India's National Knowledge Network and the Maldives' Higher Education Network.

“You’ve made history, Minister @DrSJaishankar!” Abdullah Shahid wrote on Twitter. “This is the first time official talks have been held out of the Capital City Male’.”

Shahid said that the Maldives welcomes India’s “Neighborhood First Policy” and remains committed to its “India First Policy”. He added that India-Maldives relations have “stood the test of time, and one that will continue to flourish.”

“I thank India for the assistance it has provided throughout the Covid-19 pandemic. We remain grateful that we can always rely on #India during times of need. Both our countries have experienced the hardships and tragedies of the pandemic, but we are emerging stronger together,” the Maldives foreign minister tweeted.

The External Affairs Minister arrived in the island nation on Saturday ahead of his trip to Sri Lanka on March 28.

Jaishankar’s five-day visit is part of India’s attempt to proactively reach out with projects and initiatives to counter China’s influence. The Maldives visit comes at a time of protests there that the government has “sold out” to India.

Former Maldives President Abdulla Yameen, jailed on corruption charges, has returned to politics with a campaign against Indian influence in the country, worrying New Delhi, which is battling China for supremacy in its own back yard.

Yameen wants to cancel defence deals signed with India, with which Maldives shares decades of close and friendly ties.

He alleges New Delhi has developed a major military presence in the archipelago off the coast of Sri Lanka – claims the ruling party denies.

Read Also
'Time-tested' India-Maldives relationship is a 'force for stability' in the region, says Jaishankar 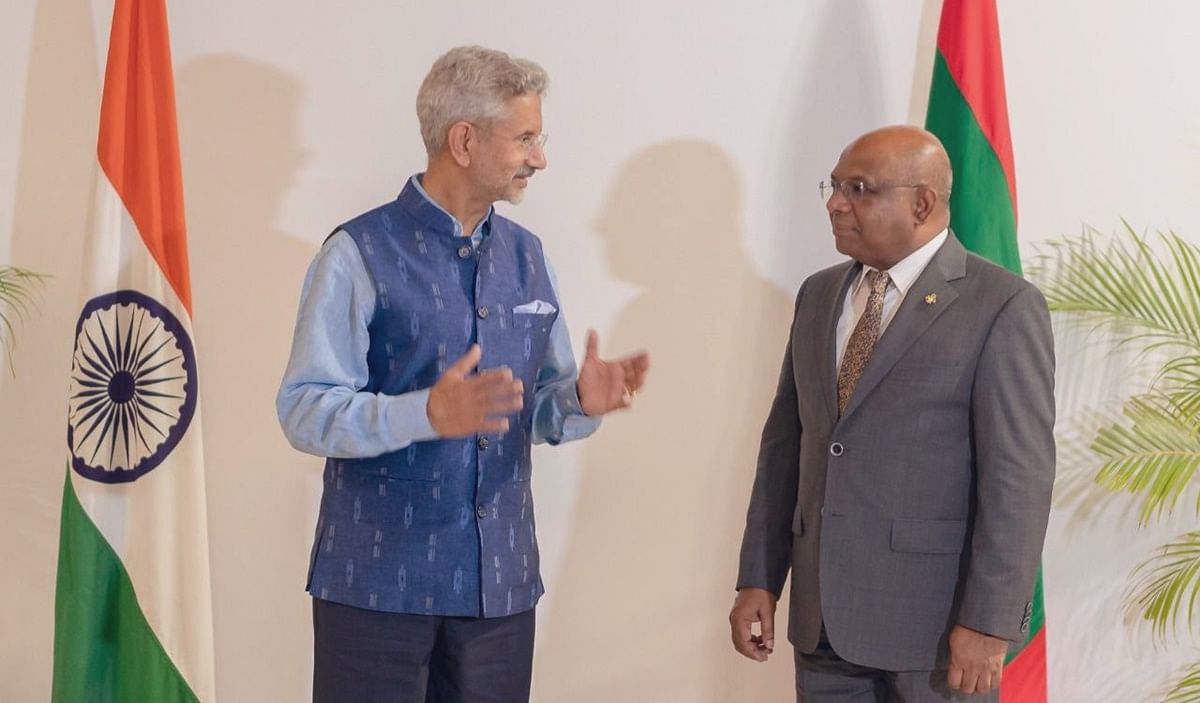