Nearly 20-30 million people are now enslaved worldwide, which is more than at any other time in human history.
FPJ Web Desk 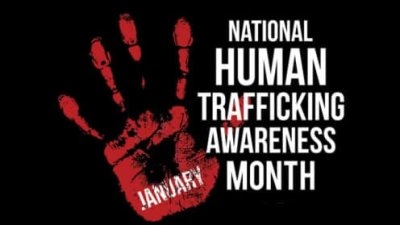 Regarded as a modern pattern of slavery, human trafficking is an illicit act that pertains to the use of fraud, force, or coercion to procure sex or labour. Traffickers bait victims by carving false commitments. About 2 lakh 25 thousand people become victims of trafficking globally, according to the United Nations Office on Drugs and Crime (UNODC).

Nearly 20-30 million people are now enslaved worldwide, which is more than at any other time in human history. Every day, young women are forced into prostitution, migrant workers are exploited in the labour force, and children become child labourers and slaves. As a result, National Human Trafficking Awareness Day was established to end these slaveries, to ensure that every individual has their rights, and make the world a safer place for all people.

More than 20 years ago, the Trafficking Victims Protection Act (TVPA) of 2000 enshrined the United States’ commitment to combating human trafficking domestically and internationally.

In 2010, by presidential proclamation, President Obama declared January “National Slavery and Human Trafficking Prevention Month” and every year since each president has followed this tradition.

President Biden has proclaimed January 2022 as “National Human Trafficking Prevention Month,” reaffirming his Administration’s commitment to protect and empower survivors of all forms of human trafficking, to prosecute traffickers, and to bring an end to human trafficking in the United States and around the world.

This year National Human Trafficking Awareness Day is observed on January 11, 2022, which is on Tuesday.

Some interesting and disturbing facts: