Millennials all over the world have lost faith in democracy: Study

A report from the Centre for the Future of Democracy at the University of Cambridge in the UK found, in almost every global region it is among 18-34-year-olds, that satisfaction with democracy is in steepest decline.
IANS 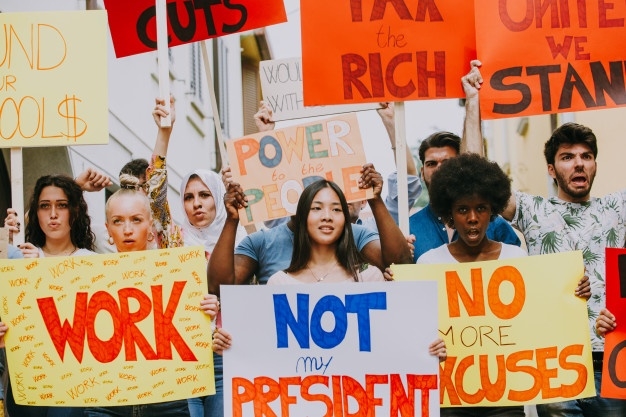 London: Millennials in democracies across the world are more disillusioned with their system of government than any young generation in living memory, say researchers.

A report from the Centre for the Future of Democracy at the University of Cambridge in the UK found, in almost every global region it is among 18-34-year-olds, that satisfaction with democracy is in steepest decline.

Researchers also found that young people are most positive about democracy under populist leaders of both left and right, and millennials in advanced democracies are more likely to view political opponents as morally flawed.

For the findings, researchers combine data from close to five million respondents in over 160 countries between 1973 and 2020 who were asked about their degree of satisfaction with democracy in their country.

"This is the first generation in living memory to have a global majority who are dissatisfied with the way democracy works while in their twenties and thirties," said study author Roberto Foa from Cambridge's Department of Politics and International Studies.

By their mid-thirties, 55 per cent of global millennials say they are dissatisfied with democracy, whereas under half of Generation X felt the same way at that age.

However, among UK millennials who turned 30 during the past decade, less than half (48 per cent) felt satisfied with democracy on reaching that birthday.

Researchers argue that, in developed democracies, the biggest contributor to this trend is "economic exclusion" caused by high youth unemployment and wealth inequality: the strongest predictors of the satisfaction age gap.

"Higher debt burdens, lower odds of owning a home, greater challenges in starting a family, and reliance upon inherited wealth rather than hard work and talent to succeed are all contributors to youth discontent," said Foa.

In the emerging democracies of Latin America, Africa and southern Europe, the team found "transition fatigue": marked drops in satisfaction after 25 years of democracy, as generations come of age who lack the memory of previous dictatorships and fights for political freedom.

"Right across the world, we are seeing an ever-widening gap between youth and older generations on how they perceive the functioning of democracy," said Foa.

"This democratic disconnect is not a given, but the result of democracies failing to deliver outcomes that matter for young people in recent decades, from jobs and life chances to addressing inequality and climate change," the authors wrote.