Beijing: A senior citizen was mistaken for dead at an elderly care centre in Shanghai and sent to a morgue where he was found alive, prompting authorities to launch an investigation into the shocking incident that triggered a new wave of anguish in the locked down city.

Videos circulating widely on Chinese social media showed two men, who appeared to be morgue workers, with a yellow body bag outside the Shanghai Xinchangzheng welfare hospital in Putuo district on Sunday. The men, in protective clothing, was seen unzipping the bag in front of an employee from the facility and insisting that the person is still alive, Hong-Kong based South China Morning Post reported on Monday.

The staff member then checks for signs of life and reseals the bag, against the protests of bystanders fearing the patient will suffocate.

According to the video, the staff member next returned to the centre to deliberate with two people in white hazmat suits before the elderly patient is seen being wheeled back into the facility.

The incident triggered a new wave of horror for many Shanghai residents, whose grief and anger are at boiling point after harsh citywide lockdowns in place since March 28 show no signs of easing.

The Shanghai local government has come under mounting criticism for its handling of the Omicron outbreak in the city of 26 million people. The city is under lockdown since March 1 triggering angry protests in many parts of the city.

The elderly patient has been hospitalised and is in a stable condition, the report said.

The care centre, established in 1983 with capacity for more than 100 elderly people, has apologised.

Shanghai, meanwhile, reported 7,333 cases, including over 720 positive COVID cases on Sunday, The city also reproted 32 deaths on Sunday, taking the death toll in the current outbreak to 431 mostly elderly people, according to officials.

The Chinese mainland Sunday reported 846 locally-transmitted confirmed COVID-19 cases, of which 727 were in Shanghai, according to the National Health Commission's report Monday.

Apart from Shanghai, 13 other provincial-level regions on the mainland saw new local COVID-19 cases, including 36 in Beijing. The capital city has so far conducted four rounds of tests of 21 million people and ordered all the restaurants and eateries to be shut down in a bid to check the chain of transmission during the current May Day holidays. 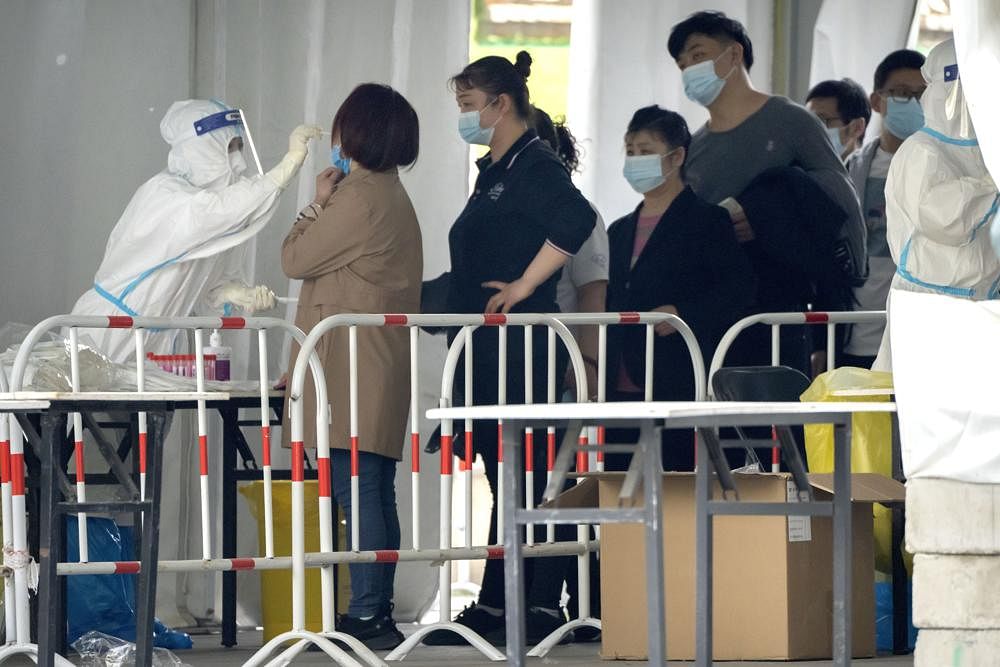