Landscape changes happen rapidly after forests lose half their cover

New York: When blocks of forests lose half of their cover, the deforestation in the remaining half happens very quickly, according to a study which may lead to a much deeper understanding of global landscape change.

Researchers, including those from the University of Cincinnati in the US, have identified a series of deforestation events that may lead to a domino-effect of more rapid, catastrophic forest loss.

The geographers used high-resolution satellite images from the European Space Agency (ESA) to study landscapes in nine-kilometer-wide blocks across every inch of the planet between 1992 and 2015. According to the study, published in the journal Geophysical Research Letters, deforestation occurs comparatively slowly in these blocks until about half of the forest is gone, after which the remaining forest disappears very quickly.

The study showed that mixed landscapes — like agricultural land and forest — are comparatively few, and do not stay this way for long. These mixed blocks, the researchers noted, tend to become homogeneous over time, regardless of the landscape type.

Based on the findings, the scientists believe that nature has in-built mechanisms to steer away from mixed landscapes, at least on a scale of 81 square kilometers.

“I think it’s very intuitive. It corresponds to the different climatic zones. The Earth before people was certainly like that. You had forests and mountains and wetlands and deserts,” study co-author Tomasz Stepinski said.

“You would expect people would create more fragmentation, but as it turns out, people never stop. They convert the entire block on a large scale,” he said. Landscapes across the world are always changing through natural or human-induced causes. 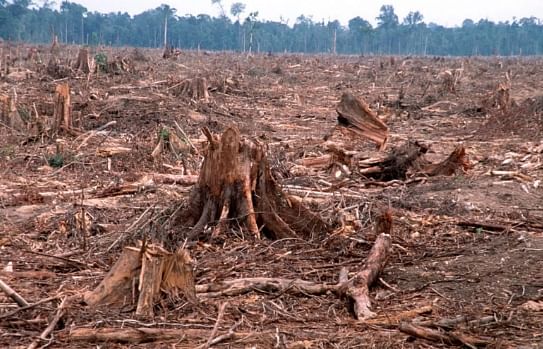