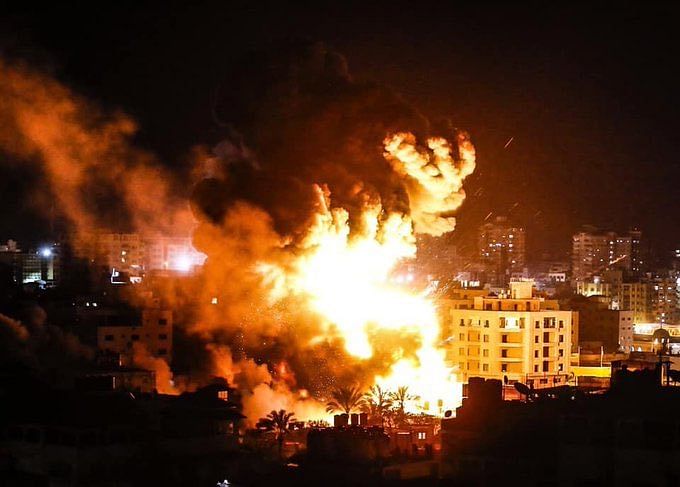 Palestinian militants fired a rocket into southern Israel for the first time in months on Monday, in another escalation after clashes at a sensitive holy site in Jerusalem, a series of deadly attacks inside Israel and military raids across the occupied West Bank.

Israel said it intercepted the rocket, and there were no immediate reports of casualties or damage. Israel holds Gaza’s militant Hamas rulers responsible for all such projectiles and usually launches airstrikes in their wake. It was the first such rocket fire since New Year’s Eve.

Early Tuesday, Israeli fighter jets carried out a series of airstrikes in southern Gaza Strip, targeting a “weapons manufacturing site” for Hamas, the Israeli military said. There were no reports of injuries.

Israeli aircraft hit the southern Gaza Strip, witnesses said, while the armed wing of Hamas announced that it fired on Israeli planes.

"Congratulations to the men of the resistance who confronted the fighter jets with our anti-aircraft defence," Hamas spokesman Hazem Qassem said in a statement, claiming the Israeli raid hit "empty sites".

Witnesses and security sources in the Gaza Strip reported no injuries from the raid, which come shortly after Israel's "Iron Dome" air defence system intercepted a rocket fire from Gaza into Israeli territory.

Hamas, the Palestinian group that administers the coastal enclave, had warned that any incidents at the Al-Aqsa Mosque compound would be a “red line” after Israeli forces raided the site in East Jerusalem several times in recent days, arresting hundreds of Palestinians and leaving dozens injured.

Palestinians accuse Israel of encroaching at Al-Aqsa during the Muslim holy month of Ramadan. Israel says Palestinian protesters seek to disrupt Muslim prayer for political ends and to prevent visits by Jews, who are celebrating Passover.

The site is revered by Muslims and Jews. Israeli police have said they were committed to ensuring that members of all faiths could celebrate the holidays safely.

Prior to the rocket attack, Israeli Prime Minister Naftali Bennett accused Hamas of waging a “wild harassment campaign” against Israel.

Egypt and Jordan, which inked peace agreements with Israel decades ago and coordinate with it on security matters, have condemned the actions of Israeli forces at the site.

The latest tensions come during the rare confluence of the Muslim holy month of Ramadan and the week-long Jewish holiday of Passover. Christians are also celebrating their holy week leading up to Easter. Tens of thousands of visitors have flocked to Jerusalem’s Old City — home to major holy sites for all three faiths — for the first time since the start of the coronavirus pandemic. 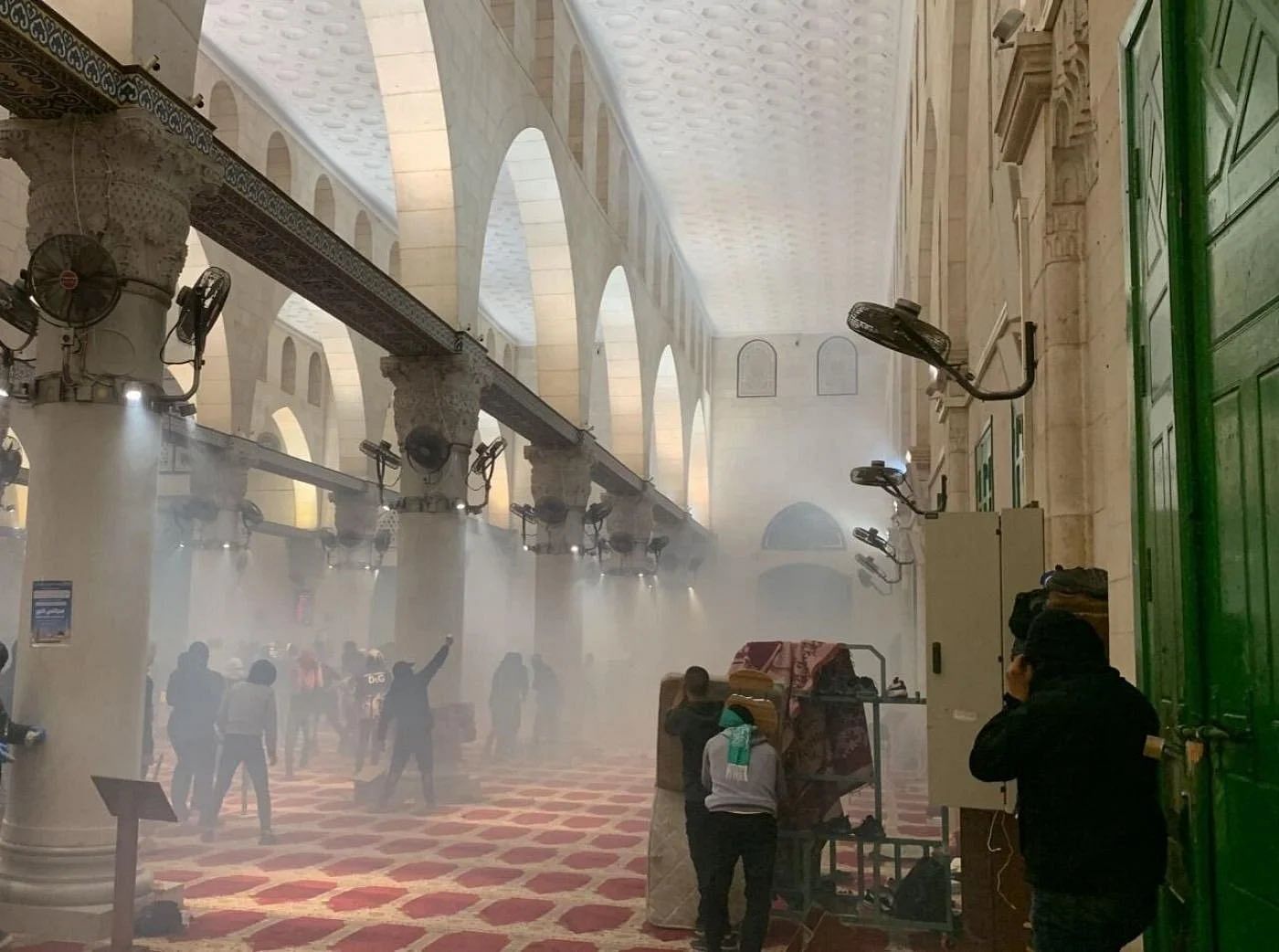