Democracy is cooperation of all for the development of all: Sabka saath/Sabka vikas
Sumit Paul 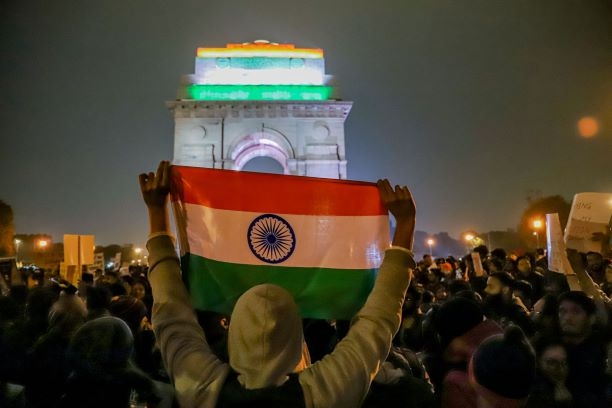 In 2007 the United Nations General Assembly resolved to observe 15 September as the International Day of Democracy—with the purpose of promoting and upholding the principles of democracy—and invited all member states and organisations to commemorate the day in an appropriate manner that contributes to raising public awareness.

There’s a beautiful word in English. It’s called ‘Serendipity’ and it means a chance discovery. So, isn’t it a sort of a chance discovery or revelation at the moment to assert the significance of democracy all the more when a helpless country like Afghanistan and its people have lost their basic democratic rights to the usurpation of Talibans? Well, not getting into political implications and fishing in the troubled waters, it’s advisable to focus on democracy and its far-reaching humane and humanitarian ramifications.

Democracy is Vox Populi (Voice of the People), a system of governance in which the collective say of the people does mean and matter. Countries, societies, communities and organisations thrive and survive on the very idea of freedom: Freedom of speech, action and implementation. In other words, freedom is the kernel of comprehensive development and progress of any system or establishment. And when this freedom is in the hands of people, it equips them with power/s to use sagaciously. Autocracy, Theocracy, Totalitarianism or Despotism are systems of governance sans people’s role and rights.

But in Democracy, Janata Janardan is the soul and sole spirit. Democracy is cooperation of all for the development of all: Sabka saath/Sabka vikas. Human civilization has always thrived on democratic values and the all-round involvement of the masses. So, democracy not just empowers a State, it empowers its people. An Urdu poet aptly said, ‘Sarkaarein banti, girti hain awaam ke haathon/Taaqat-e-jamhooriyat ko hukmraan halke mein na lein’ (The masses build and banish the governments/The rulers must never take the power of the people frivolously).

But one must take into account that while democracies share common features, there is no single model of democracy and that democracy does not belong to any country or region. Democracy is a universal value based on the freely-expressed will of people to determine their own political, economic, social and cultural systems, and their full participation in all aspects of life.

Democracy is also a yardstick of the collective maturity (or even immaturity) of its people for it (democracy) is a device that we shall be governed no better than we deserve. It’s, therefore, a popular adage that we get the government/s, we deserve. In short, democracy is not just an election, it’s our daily life. It’s a reflection and sublimation of an individual’s political free will or volition. India and Afghanistan: From freedom struggle to literature to movies, the bond between the countries...