"Congratulations, #Inspiration4! Proud to provide the launchpad from @NASAKennedy for the first spaceflight with an all-private crew. Today's launch represents a significant milestone in the quest to make space for everybody," added NASA in a tweet.

The crew will orbit Earth aboard SpaceX's Crew Dragon capsule every 90 minutes along a customised flight path.

The three-day mission will target approximately a 575 km orbit, flying farther from Earth than any human spaceflight since the Hubble Space Telescope repair missions.

Upon conclusion of the three-day journey, Dragon and the Inspiration4 crew will re-enter Earth's atmosphere for a soft water landing off the coast of Florida.

The Dragon has a dome window, inspired by the Cupola on the International Space Station, and will provide the crew with incredible views of Earth, according to the Inspiration4 team.

"The #Inspiration4 launch reminds us of what can be accomplished when we partner with private industry! A commercial capability to fly private missions is the culmination of NASA's vision with @Commercial_Crew," Bill Nelson, NASA Administrator tweeted.

"Thank you for visiting our #Inspiration4 crew before their departure to Launch Complex 39A," Inspiration4 tweeted.

During their multi-day journey in orbit, the Inspiration4 crew will partake in a first-of-its-kind health research initiative to increase humanity's knowledge on the impact of spaceflight on the human body.

Once in orbit, the crew will perform carefully selected research experiments on human health and performance, which will have potential applications for human health on Earth and during future spaceflights.

In addition, SpaceX, the Translational Research Institute for Space Health (TRISH) at Baylor College of Medicine and investigators at Weill Cornell Medicine will collect environmental and biomedical data and biological samples from Inspiration4's four crew members before, during, and after this historic spaceflight.

Earlier in July, Virgin Galactic's billionaire CEO Richard Branson flew to the edge of space with three employees, including one of Indian-origin, heralding a new space tourism era. His flight climbed nearly 86 kilometres above the Earth's surface.

He was followed by Amazon founder Jeff Bezos, who flew beyond the Karman line -- 100 kms above the ground and the internationally recognised boundary of space -- on board his company Blue Origin's fully automated and reusable New Shepard rocket. 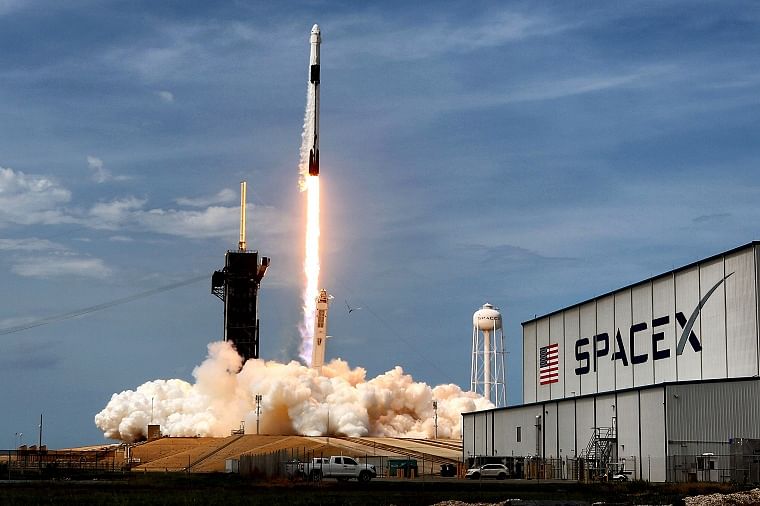