The death toll following the eruption of the highest volcano on Indonesia's most densely populated island of Java has risen to 13, Dozens injured as residents flee huge ash cloud from Mt Semeru

An area is seen covered in volcanic ash at Sumber Wuluh village in Lumajang on December 5, 2021, after the Semeru volcano eruption that killed at least 13 people. | (Photo by JUNI KRISWANTO / AFP)

The death toll following the eruption of the highest volcano on Indonesia's most densely populated island of Java has risen to 13, with seven people still missing, officials said Sunday as smoldering debris and thick mud hampered search efforts.

Mount Semeru in Lumajang district in East Java province spewed thick columns of ash more than 12,000 meters (40,000 feet) into the sky, and searing gas and lava flowed down its slopes after a sudden eruption Saturday triggered by heavy rains. Several villages were blanketed with falling ash.

A thunderstorm and days of rain, which eroded and finally collapsed the lava dome atop the 3,676-meter (12,060-foot) Semeru, triggered the eruption, said Eko Budi Lelono, who heads the geological survey center.

He said flows of searing gas and lava traveled up to 800 meters (2,624 feet) to a nearby river at least twice on Saturday. People were advised to stay 5 kilometers (3.1 miles) from the crater's mouth, the agency said.

"Thick columns of ash have turned several villages to darkness," said Lumajang district head Thoriqul Haq. Several hundred people were moved to temporary shelters or left for other safe areas, he said, adding that a power blackout hampered the evacuation.

The debris and lava mixed with rainfall formed thick mud that destroyed the main bridge connecting Lumajang and the neighboring district of Malang, as well as a smaller bridge, Haq said.

Despite an increase in activity since Wednesday, Semeru's alert status had remained at the third highest of four levels since it began erupting last year, and Indonesia's Volcanology Center for Geological Hazard Mitigation did not raise it this week, Lelono said.

National Disaster Mitigation Agency spokesperson Abdul Muhari said at least 13 villagers died from severe burns and 57 were hospitalized, including 16 in critical condition with burn injuries. He said rescuers were still searching for seven residents and sand miners along a river in Curah Kobokan village who were reported missing.

Entire houses in the village were damaged by volcanic debris and more than 900 people fled to temporary government shelters, Muhari said.

Liswanto, the head of Semeru's monitoring post, said his office had informed the community and the miners that hot ash could tumble down from Semeru's crater at any time, after sensors picked up increased activity in the past week.

But some residents who fled to a government shelter near Lumajang district's head office said authorities did not convey any information to them about the volcano's activities.

"Suddenly everything went dark, the bright afternoon turned into night. A rumbling sound and heat forced us to run to the mosque," said Fatmah, a resident who fled to the shelter from Curah Kobokan, about 5 kilometers (3 miles) from the crater. "It was a far stronger eruption than in January." Transportation Ministry spokesperson Adita Irawati said her office issued a notice Saturday for all airlines to avoid routes near the volcano. She said flight operations are still running as scheduled and that authorities will continue to monitor the situation. The Darwin Volcanic Ash Advisory Centre said the spread of volcanic ash from Mount Semeru was detected to the southwest moving at a speed of 50 knots.

Television reports showed people screaming and running under a huge ash cloud, their faces wet from rain mixed with volcanic dust. The last time Semeru erupted, in January, there were no casualties.

Indonesia, an archipelago of more than 270 million people, is prone to earthquakes and volcanic activity because it sits along the Pacific "Ring of Fire," a horseshoe-shaped series of fault lines. 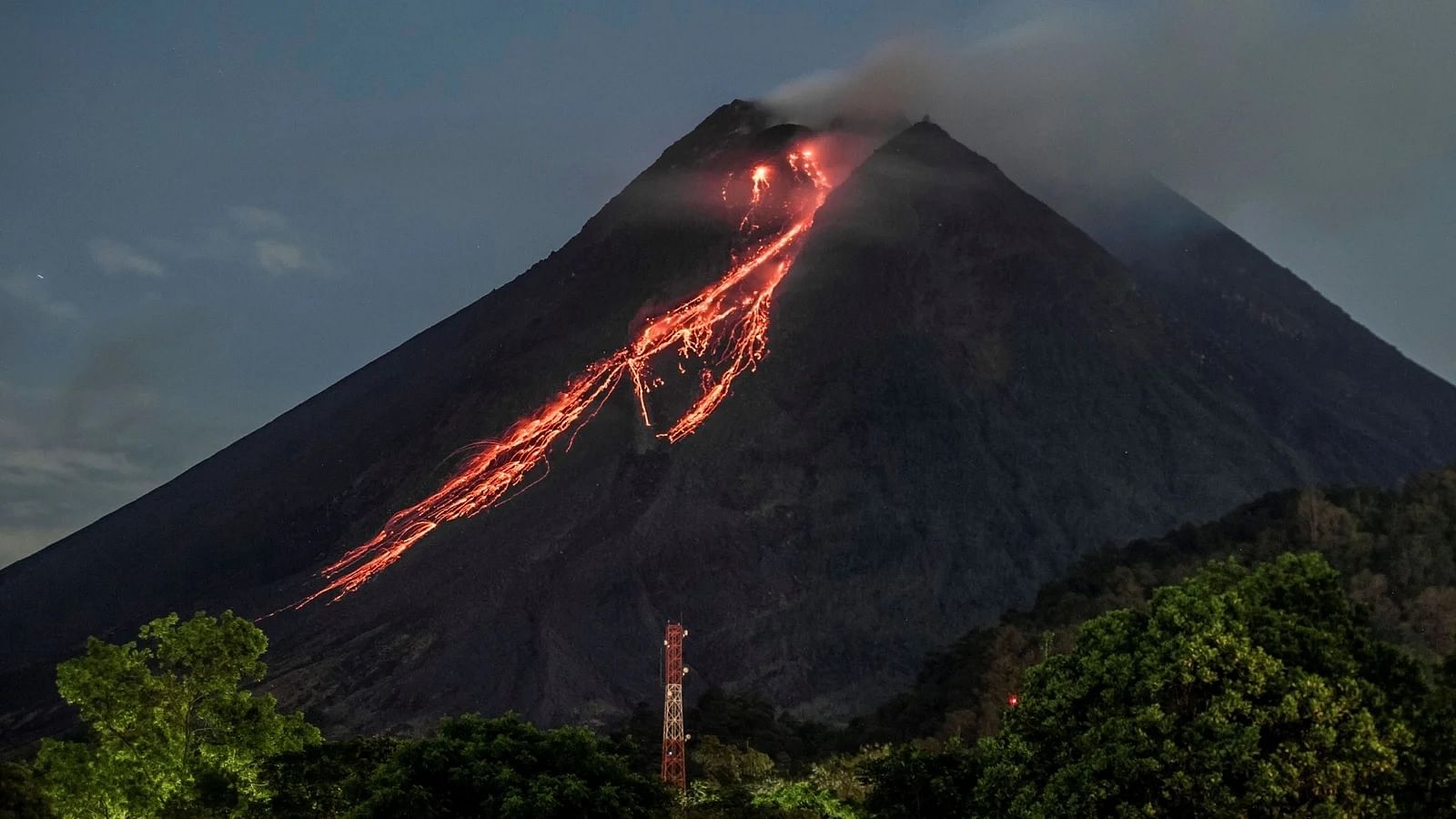