India, US urge Taliban to respect rights, call for end of violence in Myanmar

The fourth 2+2, the first under the Biden administration, was held in Washington on Monday. The Indian side was led by Defence Minister Rajnath Singh and External Affairs Minister S Jaishankar

Washington, D.C. (US): India and the US have called on the Taliban leadership to abide by the UNSC resolution which demands that Afghanistan's territory must never again be used to threaten or attack any country or to plan or finance terrorist attacks.

In a joint statement issued after the fourth India-US 2+2 Ministerial Dialogue, the two countries' ministers urged the Taliban to respect the human rights of all Afghans, including women, children and members of minority groups; and to uphold freedom of travel.

The fourth 2+2, the first under the Biden administration, was held in Washington on Monday. The Indian side was led by Defence Minister Rajnath Singh and External Affairs Minister S Jaishankar.

US Secretary of State Antony Blinken and US Secretary of Defense Lloyd Austin welcomed Singh and Jaishankar to Washington for the Dialogue. The Dialogue was preceded by a virtual meeting between Prime Minister Narendra Modi and US President Joe Biden.

"The ministers called on the Taliban to abide by UNSC Resolution 2593 (2021), which demands that Afghan territory must never again be used to threaten or attack any country or to shelter or train terrorists, or to plan or finance terrorist attacks," the joint statement issued by the Ministry of External Affairs said on Tuesday.

They also emphasised the importance of an inclusive Afghan government and unhindered access for the United Nations and its implementing partners to deliver humanitarian assistance.

"The Ministers recommitted to close consultations on Afghanistan to help facilitate an inclusive and peaceful future for all Afghans," the statement said.

The Taliban seized power in Afghanistan on August 15, two weeks before the US' complete troop withdrawal on August 31 after a costly two-decade war. This forced Afghan President Ashraf Ghani, who was backed by the US-led West, to flee the country to the UAE.

The Taliban insurgents stormed across Afghanistan and captured all major cities in a matter of days, as Afghan security forces trained and equipped by the US and its allies melted away.

UN Secretary-General Antonio Guterres, in his February report, said the situation in Afghanistan remains precarious and uncertain nearly six months after the Taliban takeover, as the multiple political, socio-economic and humanitarian shocks reverberate across the war-ravaged country.

"The Taliban is showing efforts to present itself as a caretaker government. The movement, however, has yet to form governing structures that reflect the country's ethnic, political and geographic diversity and include women. Efforts are constrained by the lack of resources and capacity, as well as an ideology that clashes in many ways with international norms of governance," it said.

The current Taliban regime in Kabul has not yet been recognised by the international community as they have failed to address global concerns regarding the formation of a truly representative and inclusive government in the war-torn country.

The hardline Islamists have also been urged to preserve the rights of women, children and other national ethnic groups and minorities in Afghanistan.

The ministers also called for the cessation of violence in Myanmar, the release of all those arbitrarily detained, and a swift return to the path of democracy and inclusive governance.

Myanmar's military seized power on February 1 after overthrowing the elected government led by Aung San Suu Kyi and declaring a state of emergency. Suu Kyi is among an estimated 3,400 people still being held by the junta.

"They also called for urgent implementation of the ASEAN Five Point Consensus," the statement said.

The ASEAN five-point consensus states that there shall be an immediate cessation of violence in Myanmar and all parties shall exercise utmost restraint; constructive dialogue among all parties concerned shall commence to seek a peaceful solution in the interests of the people.

Read Also
Pakistan should take 'sustained and irreversible' action against terror: US and India 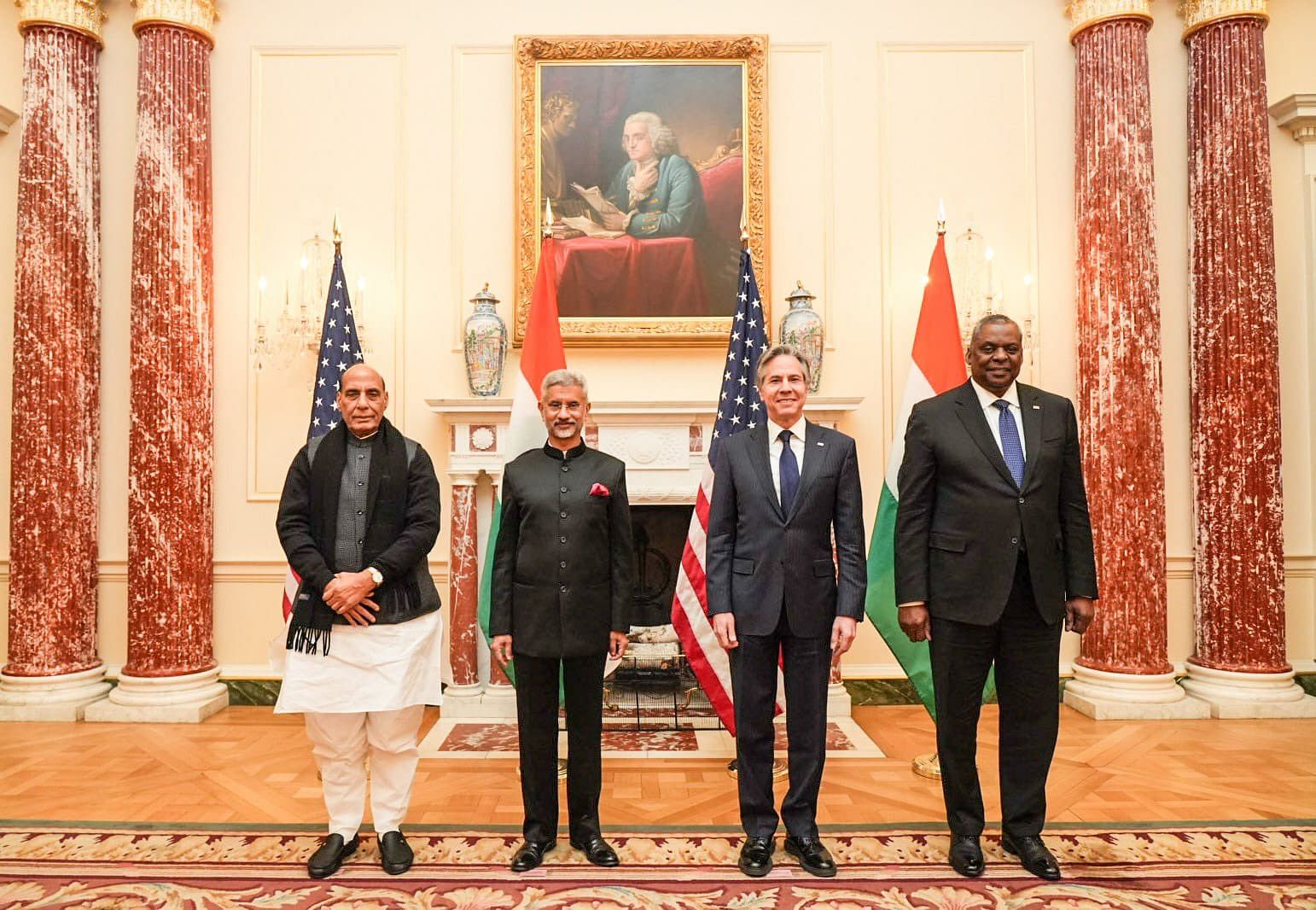 HomeWorldIndia, US urge Taliban to respect rights, call for end of violence in Myanmar