However, only France condemned “Russian forces’ illegal and unjustified aggression against Ukraine”. Modi stopped short of condemning Russia over its invasion of Ukraine

India and France on Wednesday called for “an immediate cessation of hostilities” in Ukraine, with Prime Minister Narendra Modi again stopping short of condemning Russia’s invasion of its neighbour.

India, which imports much of its military hardware from Russia, has long walked a diplomatic tightrope between the West and Moscow – notably refusing to denounce the latter or vote against it at the United Nations over its actions in Ukraine.

“France and India expressed their deep concern over the humanitarian crisis and the ongoing conflict in Ukraine,” Modi and French President Emmanuel Macron said in a joint statement after they met in Paris for talks and a working dinner.

“Both countries unequivocally condemned the fact that civilians have been killed in Ukraine, and called for an immediate cessation of hostilities in order for the two sides to come together to promote dialogue and diplomacy, and to put an immediate end to the suffering of the people.”

However, only France condemned “Russian forces’ illegal and unjustified aggression against Ukraine”.

Modi stopped short of condemning Russia over its invasion of Ukraine.

India, which imports a large portion of its military hardware from Russia, has taken a middle path between Moscow and western countries. It has also repeatedly abstained from voting in the United Nations (UN) on resolutions condemning Russia over its invasion.

The two countries said they would “respond in a coordinated and multilateral way” to the risk the conflict would intensify a global food crisis, with Ukraine one of the world’s main wheat producers.

Officials also said that France wanted to present India with solutions to wean the country off trade with Russia. The aim "is not to leave the Indians with no way out, but to offer solutions," they said, adding that France wanted to help India diversify its supply needs away from Russian military hardware and energy supplies.

Officials further said that Macron had an "extremely warm relationship" with the Indian prime minister, who has visited France thrice since 2017. Macron, on the other hand, visited India in 2018.

The two leaders were earlier seen embracing and posing for photographs when PM Modi arrived in Elysee Palace, the official residence of the French president.

In addition, India and France reaffirmed their commitment to building one of the premier strategic partnerships for advancing peace, stability and prosperity in the Indo-Pacific region.

In a joint statement following the talks between Prime Minister Narendra Modi and France President Emmanuel Macron on Wednesday, the Ministry of External Affairs said, “They share a vision of a free, open and rules-based Indo-Pacific region, based on a commitment to international law, respect for sovereignty and territorial integrity, freedom of navigation and a region free from coercion, tensions and conflicts.”

Indo-France Indo-Pacific partnership encompasses defence and security, trade, investment, connectivity, health and sustainability. Besides bilateral cooperation, India and France will continue to develop new partnerships in various formats with like-minded countries in the region and within regional organisations. 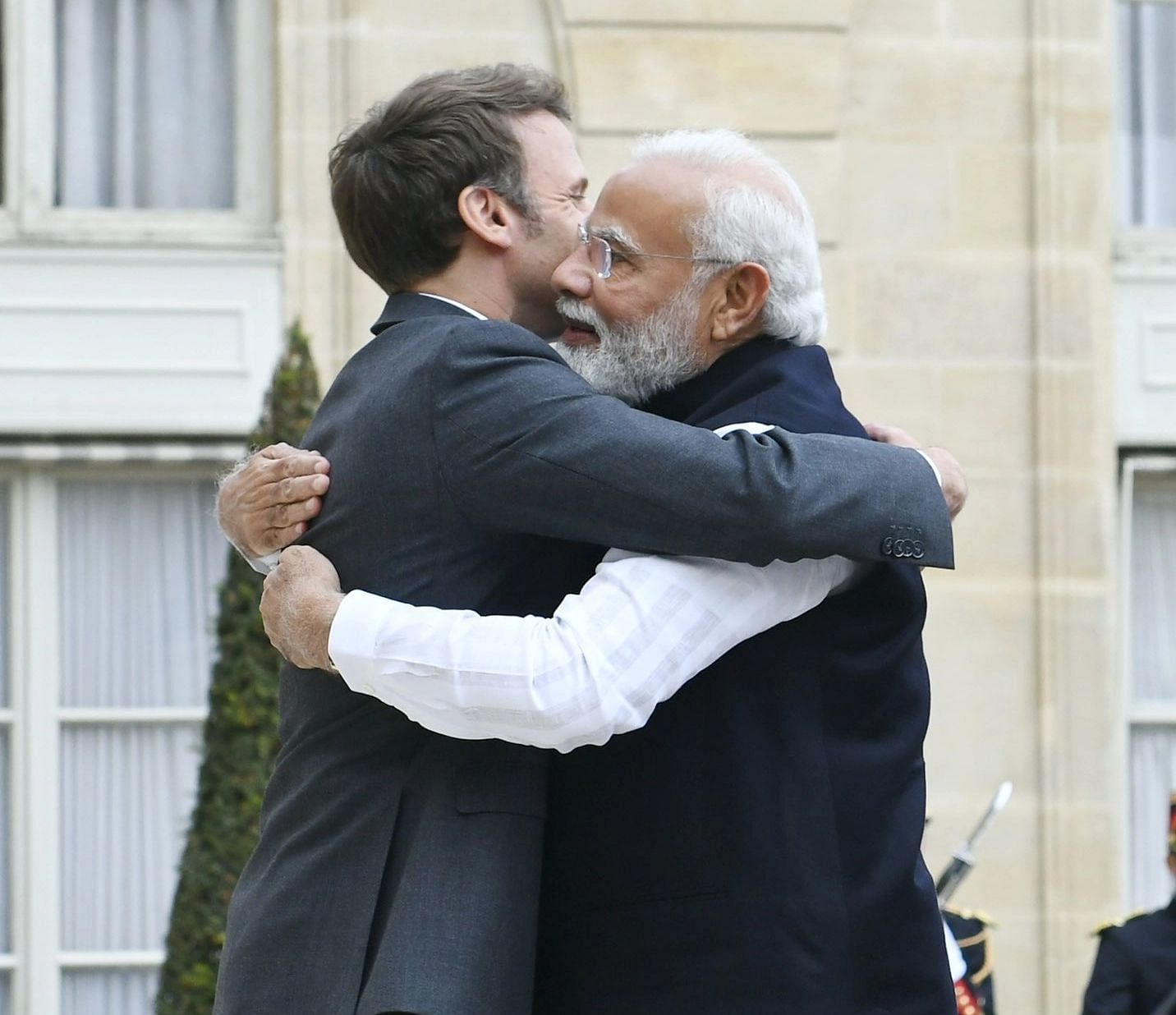