Azovstal remains one of the biggest hubs of Ukrainian military resistance and has been subjected to massive Russian aerial bombardments and shelling. Russian forces began storming the bombed-out steel mill in Mariupol on Tuesday

This satellite image taken by Planet Labs PBC shows damage at the Azovstal steelworks in Mariupol, Ukraine, on Wednesday, May 4, 2022 | AP

The commander of the main defending force at the Azovstal steel mill in the strategic Ukrainian port city of Mariupol says Russian troops have broken into the territory of the mill, where limited evacuations of besieged civilians occurred last week.

In a video posted Wednesday, Denys Prokopenko, commander of the Ukrainian Azov regiment, said the incursions had continued a second day “and there are heavy, bloody battles.”

Azovstal remains one of the biggest hubs of Ukrainian military resistance and has been subjected to massive Russian aerial bombardments and shelling. Russian State TV showed smoke rising over Azovstal.

Hundreds of Ukrainian forces from different parts of the army, as well as civilians, remain in the plant’s underground shelters.

Ukrainian defenders have been fighting “difficult, bloody battles” against Russian troops inside the steelworks, according to a commander from the Azov regiment who posted on Telegram.

Civilians including women and children remain trapped in the south-eastern city of Mariupol and an extended ceasefire is needed to ensure they can get out, Ukraine’s President Volodymyr Zelensky has said.

Zelensky said heavy machinery was needed to get people out of underground shelters but this was impossible during fighting.

More than 300 civilians were evacuated from Mariupol and other parts of southern Ukraine on Wednesday, the UN has said.

Meanwhile, Russia has said it will pause its attack on the Azovstal steelworks in Mariupol, where the last Ukrainian defenders in the city are holding out and about 200 civilians are sheltering. The three-day ceasefire is said to begin today - though previous ceasefires in the war have seen mixed results.

A Russian government statement said its armed forces and their allies would open a humanitarian corridor on specified hours from Thursday through Saturday from the Azovstal steel mill in Mariupol, Ukraine, so civilians can be evacuated.

The statement appeared on the Telegram messaging app Wednesday and pledged the forces would refrain from military actions, withdraw to a safe distance and facilitate the withdrawal of the civilians to any destination they choose.

But there was no immediate confirmation of those arrangements from other sources and similar promises to set up evacuation corridors have collapsed, because of what the Ukrainians blamed on continued fighting by Russians. A United Nations spokesman said discussions about future evacuations were ongoing. 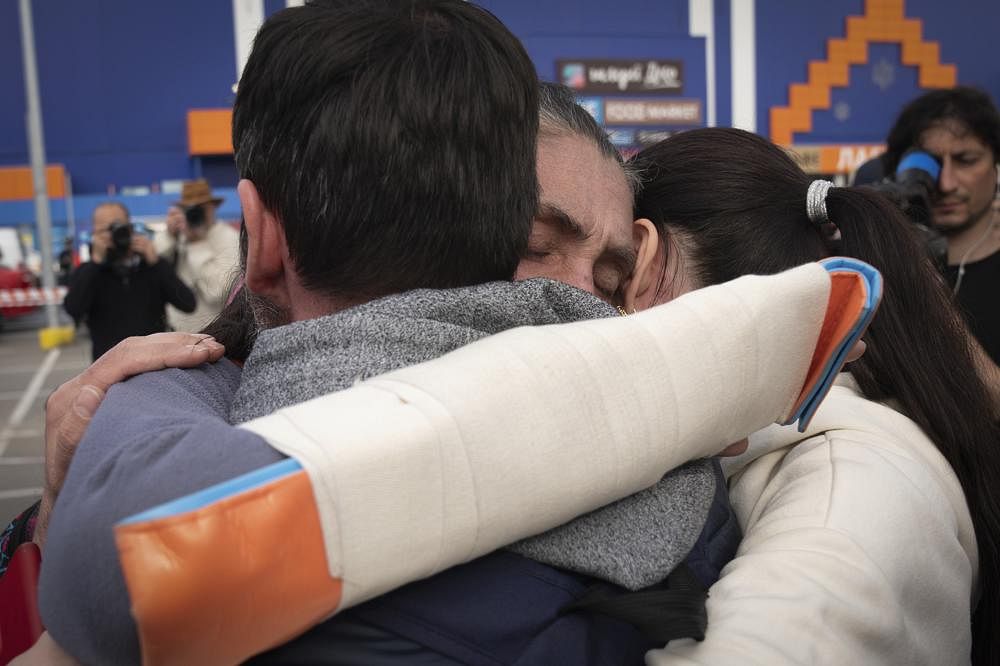