The majority of Russia’s ground forces were now about 25 kilometers (15 miles) from the Ukrainian capital Kyiv, according to the UK’s latest Defence Intelligence report Saturday.

“Elements of the large Russian column north of Kyiv have dispersed,” the report said. “This is likely to support a Russian attempt to reduce its vulnerability to Ukrainian counter attacks, which have taken a significant toll on Russian forces.”

Elsewhere across Ukraine, the cities of Kharkiv, Chernihiv, Sumy, and Mariupol are encircled and under heavy Russian shelling, according to the report.

Earlier, Ukrainian President Volodymyr Zelenskiy said on Friday Ukraine was at a "strategic turning point" in the war as Russian forces bombarded cities across the country and appeared to be regrouping for a possible assault on Kyiv, with satellite images showing them firing artillery as they closed in on the capital.

On Friday, new satellite photos showed that the long Russian convoy outside Kyiv appears to have dispersed to surrounding areas.

Satellite imagery from Maxar Technologies showed the 40-mile (64-kilometer) line of vehicles, tanks and artillery has broken up and been redeployed, with armored units seen in towns near the Antonov Airport north of the city. Some of the vehicles have moved into forests, Maxar reports, including howitzers set up near Lub’yanka, north of Kyiv.

The satellite intel came as a US defense official said Russian forces have begun making progress toward the capital, after having appeared to stall for the last week.

The official said that the US expects the Russians to eventually overcome initial logistical challenges to mount a full-scale attack on the city.

In past offensives in Syria and Chechnya, Russia’s strategy was to crush armed resistance with sustained airstrikes and shelling that leveled population centers. That kind of assault has cut off Ukraine’s southern port city of Mariupol, and a similar fate could await Kyiv and other parts of the country if the war continues.

The invading Russian forces have struggled far more than expected against determined Ukrainian fighters. But Russia’s stronger military threatens to grind down the defending forces, despite an ongoing flow of weapons and other assistance from the West for Ukraine’s westward-looking, democratically elected government.

The conflict has already sent 2.5 million people fleeing the country. Thousands of soldiers on both sides are believed to have been killed along with many Ukrainian civilians. 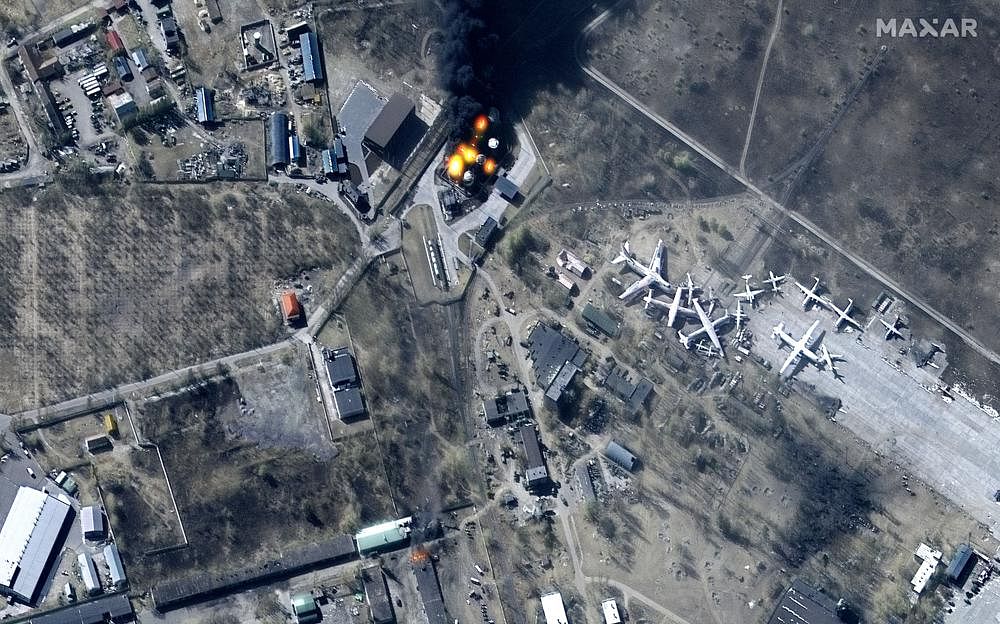