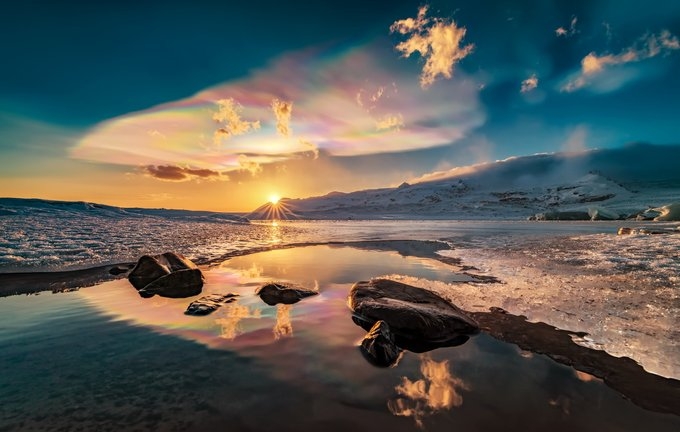 New York: Ozone-depleting substances, widely used as propellants, refrigerants, and chemical solvents during the 20th century, may be responsible for nearly half of warming in the Arctic region between 1955 and 2005, a new study says.

These chemicals, which are compounds made of halogen elements like chlorine, bromine, and fluorine, destroy the protective layer of ozone in the upper atmosphere, according to the study, published in the journal

The researchers, said emissions of these chemicals have been curbed, with the ozone layer now slow recovering since the 1987 Montreal Protocol, a global agreement to phase out the ozone-depleting substances. However, they said these potent greenhouse gases (GHGs) have long atmospheric lifetimes, adding substantially to human induced global warming.

“While the dominant role of carbon dioxide is undisputed, another important set of anthropogenic GHGs was also being emitted over the second half of the twentieth century: ozone-depleting substances (ODSs),” the researchers wrote in the study.

They used a climate model to evaluate the amount of global warming that can be caused by these substances. They ran two simulations, one in which the natural and human emissions were measured during 1955-2005, and the other with the halogen chemicals and their ozone impacts removed.