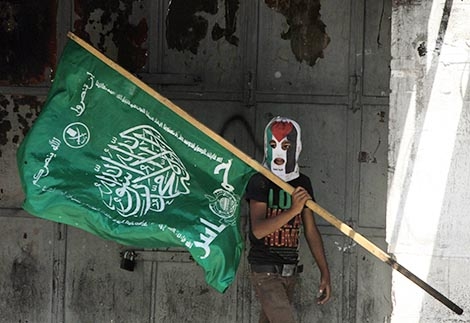 Leaders of the Islamic Hamas movement and Palestinian President Mahmoud Abbas' Fatah have resumed reconciliation talks in Cairo aimed at ending the internal division between the two sides and achieving unity.

Abdulatif al-Qanoua, the Hamas spokesman in Gaza, told reporters on Monday that the two movements' delegations had convened on Monday afternoon in Cairo to continue their reconciliation dialogue that has been going on for more than a month, reports Xinhua news agency.

"We will work to overcome obstacles and solve some of the existing problems, and we are all concerned with the success of our path of reconciliation," al-Qanoua said.

Earlier on Monday, Palestinian Prime Minister Mohammed Ishtaye told the cabinet in an online meeting that a Fatah delegation would head to Cairo to discuss with about elections with the Hamas.

"I hope for speeding up an agreement on setting a date for holding consecutive and inclusive elections for the Legislative Council and the Presidency to strengthen democratic life and end of internal division," Ishtaye said.

After Hamasseized control of the Gaza Strip in 2007, an internal political and geographical division over administrative, financial and security issues has remained between the two sides despite a series of Arab and international mediations.

In March 2018, then Palestinian Prime Minister Rami Hamdallah survived an explosion when his convoy entered Gaza, an incident that was blamed on Hamas.

Despite a history of strife, Fatah and Hamas recently announced their agreement to put differences aside.