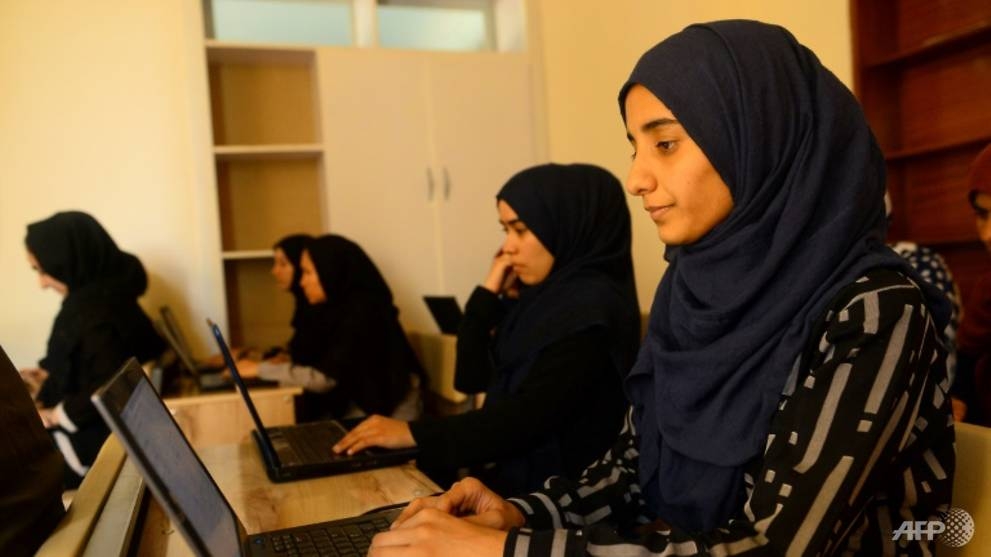 Herat: Like the princess who hops over goblins and throws daggers at evil wizards in the video game they built, a team of women coders in patriarchal Afghanistan wants to inspire a generation of girls to smash obstacles.

The young women are part of an after-school training programme called Code to Inspire in the western city of Herat, where they learn tech skills and create games and apps to educate girls across Afghanistan and beyond.

Their highest-profile success has been this year's release of "Afghan Hero Girl", built over six months by 12 young women, a phone app in which a princess wearing a green veil leaps around a crumbling castle in a quest to defeat a wizard and rescue her family.

Fereshteh Forough, a computer science teacher and a former refugee who founded Code to Inspire in 2015, said students were sick of the lack of female representation in the gaming industry and told her they were bored of "playing games where men are superheroes".

The game represents "the challenges and obstacles that women are facing every day in Afghanistan and despite all the backlashes they keep fighting and going through it," Forough, who is now based in New York, said in an email exchange with AFP.

In a country where girls often have only limited educational opportunities, internet access is patchy and women face deeply ingrained discrimination at every turn, Forough sees tech skills as having a transformative potential.

Like many Afghans, she worries about an eventual return to power of the Taliban, who during their brutally repressive rule in the 1990s banned women from working or going outside the house. "By learning how to code you can do online remote work from the safety of your house if you (can) access the internet," she said.

"The work that we do ... is about equality, empowerment and change so that these young ladies are able to add value to their communities and fight for their social, political and economic equality," she added. Women's rights and education for girls have made significant gains since the fall of the Taliban nearly two decades ago, but challenges remain as the insurgents frequently attack girls' schools and threaten female students.

Afghanistan's ongoing war, now in its 19th year, resulted in more than 1,000 schools being closed by the end of 2018, UNICEF said, depriving some 500,000 children of their right to learning. A disproportionate number of these -- about 60 percent -- are girls.

"In the worst case scenario if the Taliban limit women's presence to the work space, (tech is) a skill that can get them beyond their doorsteps," Forough said. The games and apps are both educational and entertaining. Some include memories of the coders or are based on true stories.

For instance, in the "Fight Against Opium" game, soldiers are deployed on a mission to poppy-growing Helmand province. It was based on a true story of one of the coders' brothers who was deployed to the southern province.

"My main goal as a game and app developer is to make as many educational games for girls as possible," Code to Inspire student Nasrin Wahidy said in a recent visit by AFP to the Herat school where the programme is based.

"We want the girls to learn and get educated faster through games." Another game teaches young Afghans how to recognise the geography of their country by showing them where each province is located.

So far, Code to Inspire has taught more than 150 students to code, make games and apps, and develop websites. "They will become a digital citizen of the world without considering geographical boundaries," Forough said.