An investigator told Reuters on Wednesday that the Italian police took help of the Google Maps to track and arrest a top mafia fugitive, the man had been on the run for about 20 long years.

Gioacchino Gammino, 61, was apprehended in Galapagar, Spain, after a two-year search. He was living under a fake identity. The village is close to Madrid, Spain's capital, according to Reuters. Gammino happens to be a member of a Sicilian mafia group dubbed Stidda, had escaped Rome's Rebibbia jail in 2002 and in 2003 had been sentenced to life imprisonment for a murder committed several years earlier.

A Google Maps street view photo of a man similar to Gammino in front of a fruit stand was the major push towards a thorough inquiry. "The photogram helped us to confirm the investigation we were developing in traditional ways," Nicola Altiero, deputy director of the Italian anti-mafia police unit (DIA), was quoted by the news agency.

The Italian anti-mafia police unit is looking forward to bring Gammino back to Italy by the end of February, currently he is under custody in Spain. A comment from Gammino's side couldn't be obtained in the news report. 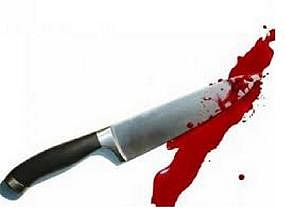