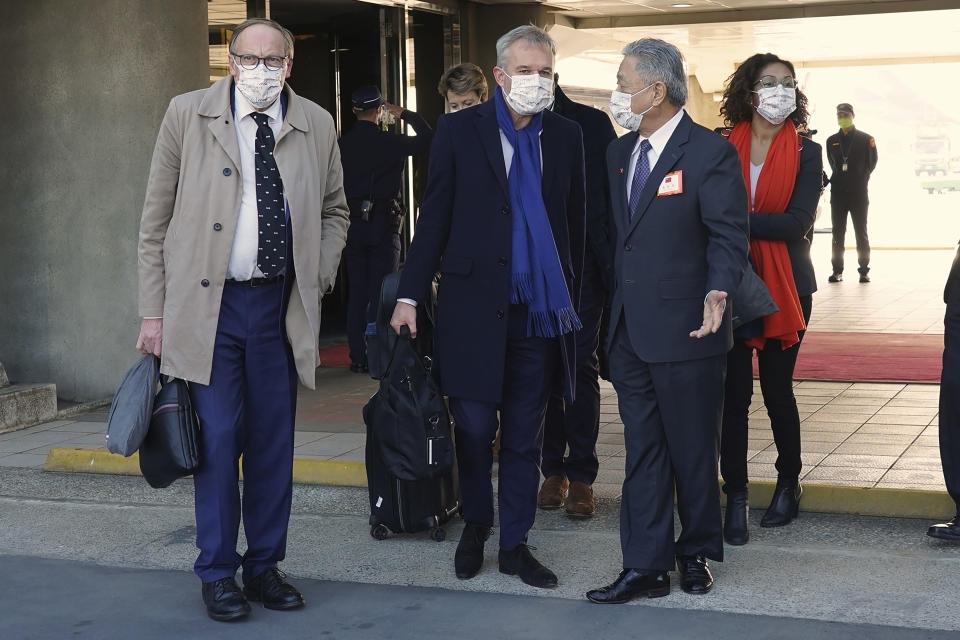 A group of six French lawmakers arrived in Taiwan for a five-day visit on Wednesday, following a similar trip led by a group of French parliamentarians in October that China sought to discourage.

François de Rugy, the head of the Taiwan Friendship group in the National Assembly, the lower house of France's Parliament, is leading the latest delegation's visit, which will include meetings with Taiwanese President Tsai Ing-wen and other senior government officials.

“We wish to have exchanges on all dimensions of the relations between Taiwan, the EU and France on the economy and culture and all the issues at stake for our countries,” de Rugy told reporters at the airport.

In October, another group of French lawmakers led by Sen. Alain Richard met with Tsai, Taiwanese economic and health officials, and the Mainland Affairs Council. That visit was part of regular parliamentary exchanges that had been ongoing for years.

China tried to get the previous visit called off, with its embassy in France saying ahead of time that it would not only damage China’s core interests and undermine Chinese-French relations but would also impact France’s own "reputation and interests.”

China claims Taiwan as part of its national territory and says the self-ruled island democracy should not have official government exchanges with other countries. Taiwan, however, has been stepping up exchanges with countries that don't officially recognize it as a country.

Speaking to reporters about the visit, Chinese Foreign Ministry spokesperson Zhao Lijian on Wednesday reiterated that “China firmly opposes any forms of official and political exchanges between Taiwan and countries having diplomatic ties with China."

Zhao called on countries to “earnestly abide by the one-China principle.”

In a commentary, the Communist Party tabloid Global Times called the visit “an insignificant stunt by trivial French politicians," citing a Chinese expert.

China has at times lashed out at European nations it accuses of drawing too close to Taiwan or trampling on other matters it considers its “core interests."

Beijing has sought to punish Lithuania, which like France a member of the European Union after it agreed to allow Taiwan to set up a representative office in the capital Riga under the name “Taiwan," rather than “Chinese Taipei," as Beijing prefers.

Beijing slapped a trade embargo on the Baltic state and has threatened multinationals that do business with it.