Provisional results showed that Macron's Ensemble (Together) alliance won 245 of the 577 seats in the National Assembly, the Ministry of the Interior announced early on Monday morning after vote counting ended. An absolute majority would require 289 seats

French President Emmanuel Macron’s centrist grouping has lost its absolute majority in parliament, amid gains by a new left alliance and a historic surge by the far right, according to projected results in Sunday’s election.

This follows a strong showing by both the leftist alliance and the far right.

Earlier, Macron had called on voters to deliver a solid majority. But his centrist coalition lost dozens of seats in an election that has left French politics fragmented.

Provisional results showed that Macron's Ensemble (Together) alliance won 245 of the 577 seats in the National Assembly, the Ministry of the Interior announced early on Monday morning after vote counting ended. An absolute majority would require 289 seats.

Meanwhile, Marine Le Pen and her far-right National Rally party were also in jubilant mood after turning eight seats into 89. The people had spoken, she said: Emmanuel's Macron's adventure was over and he had been consigned to a minority government.

After five years of undisputed control of parliament, the recently re-elected Macron, known for his top-down approach to power, now enters his second term facing uncertainty over how he will deliver domestic policies, such as raising the retirement age and overhauling state benefits.

Macron’s government will still have the ability to rule, but only by bargaining with legislators. The centrists could try to negotiate on a case by case basis with lawmakers from the center-left and from the conservative party — with the goal of preventing opposition lawmakers from being numerous enough to reject the proposed measures.

Macron's ability to pursue further economic reforms would hinge on his ability to rally moderates outside of his alliance behind his legislative agenda.

A hung parliament would open up a period of political uncertainty that would require a degree of power-sharing among parties not experienced in France since the 1988-1991 presidency of Francois Mitterand.

Alternatively, it would result in political paralysis and even possibly repeat elections.

In April, Macron defeated far-right candidate Marine Le Pen to be the first French president to win a second term since Jacques Chirac in 2001. 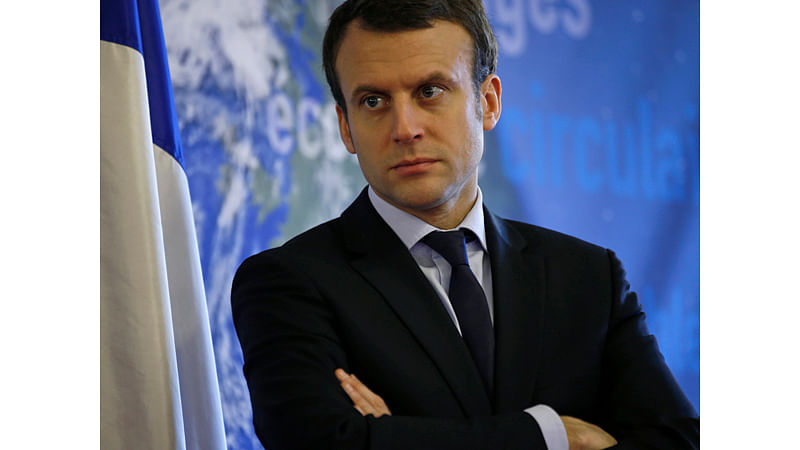