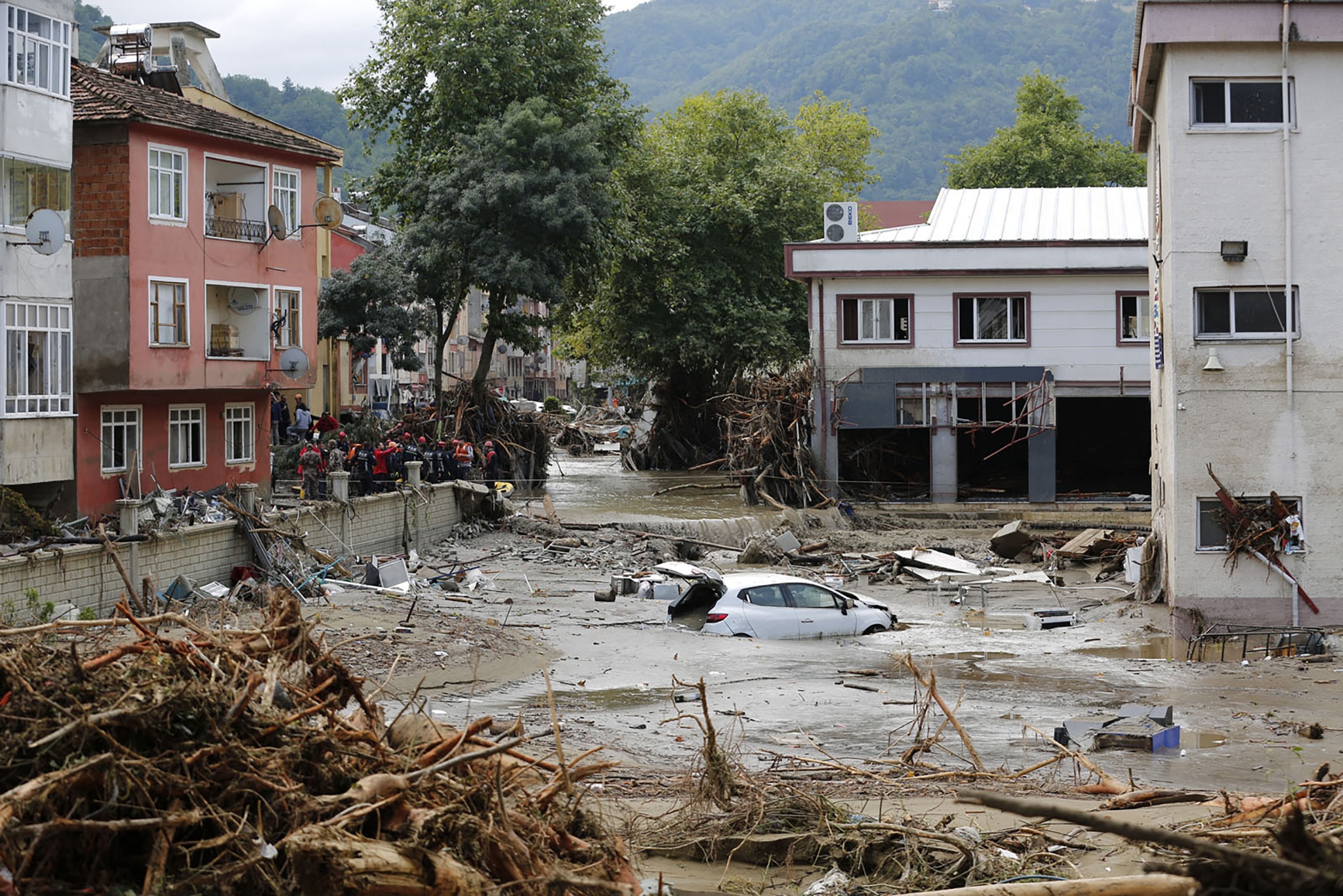 Turkey's Disaster and Emergency Management Presidency said that 25 people died in Kastamonu province and two others in Sinop, while one person was reported missing in Bartin, reports Xinhua news agency.

Rescue workers evacuated more than 1,700 people by boat and helicopter, it said.

However, some media reported the number of missing at 100.

"This is the heaviest flood disaster I have ever seen," Interior Minister Suleyman Soylu told reporters on the scene.

Soylu said the damage in infrastructure was significant, and efforts to bring life back to normal continued non-stop.

Videos aired by broadcasters showed extensive damage in the area, including collapsed buildings, damaged bridges, heavy debris along the roads, and cars piled up.