The battle for Mariupol, which came to symbolise Ukrainian resistance, is Russia's biggest victory since it launched what it calls a "special military operation" to "denazify" the country on Feb. 24

A Ukrainian soldier takes a rare opportunity to experience sunlight in the tunnels under the Azovstal steel plant in Mariupol, Ukraine | Twitter/@Kozatsky_D

Mariupol appeared on the verge of falling to the Russians on Tuesday as Ukraine moved to abandon the steel plant where hundreds of its fighters had held out for months under relentless bombardment in the last bastion of resistance in the devastated city.

The capture of Mariupol would make it the biggest city to be taken by Moscow’s forces and would give the Kremlin a badly needed victory, though the landscape has largely been reduced to rubble.

More than 260 Ukrainian fighters — some of them seriously wounded and taken out on stretchers — left the ruins of the Azovstal plant on Monday and turned themselves over to the Russian side in a deal negotiated by the warring parties.

An additional seven buses carrying an unknown number of Ukrainian soldiers from the plant were seen arriving at a former penal colony Tuesday in the town of Olenivka, approximately 88 kilometers (55 miles) north of Mariupol.

While Russia called it a surrender, the Ukrainians avoided that word and instead said the plant’s garrison had successfully completed its mission to tie down Russian forces and was under new orders.

“To save their lives. Ukraine needs them. This is the main thing,” Ukrainian Defense Minister Oleksiy Reznikov said.

The Ukrainians expressed hope that the fighters would be exchanged for Russian prisoners of war. But Vyacheslav Volodin, speaker of the lower house of the Russian parliament, said without evidence that there were “war criminals” among the defenders and that they should not be exchanged but tried.

Ukrainian President Volodymyr Zelenskyy said the country’s military and intelligence officers are still working to extract its remaining troops from the sprawling steel mill. Officials have not said how many remain inside.

“The most influential international mediators are involved,” he said.

The operation to abandon the steel plant and its labyrinth of tunnels and bunkers signaled the beginning of the end of a nearly three-month siege that turned Mariupol into a worldwide symbol of both defiance and suffering.

The Russian bombardment killed over 20,000 civilians, according to Ukraine, and left the remaining inhabitants — perhaps one-quarter of the southern port city’s prewar population of 430,000 — with little food, water, heat or medicine.

Russian President Vladimir Putin said Ukrainian soldiers evacuated from the steel plant would be treated "in line with the relevant international laws".

However, Russia's lawmakers on Tuesday put forward plans to declare Azov regiment fighters "Nazi criminals" who must not be part of any prisoner swap with Ukraine.

The Azov regiment, set up as a volunteer militia in 2014 but now a National Guard unit, once had links to the far right.

Meanwhile, the office of Russia's prosecutor general has asked the country's Supreme Court to declare the unit a "terrorist organisation" in an apparent attempt to prevent its fighters being treated as conventional prisoners of war.

The battle for Mariupol, which came to symbolise Ukrainian resistance, is Russia's biggest victory since it launched what it calls a "special military operation" to "denazify" the country on Feb. 24.

It gives Moscow control of the Azov Sea coast and an unbroken stretch of eastern and southern Ukraine. The port lies in ruins, and Ukraine believes tens of thousands of people were killed under months of Russian bombardment.

On the diplomatic front, US President Joe Biden will host the leaders of Sweden and Finland at the White House on Thursday to discuss their NATO applications, the White House said. The Nordic countries are optimistic they can overcome objections from Turkey over jointing the 30-nation alliance.

Russia's offensive in the east, meanwhile, appeared to be making little progress, although the Kremlin says all its objectives will be reached.

Around a third of the Donbas was held by Russia-backed separatists before the invasion. Moscow now controls around 90 percent of Luhansk region, but it has failed to make major inroads towards the key cities of Sloviansk and Kramatorsk in Donetsk in order to extend control over the entire Donbas.

Ukrainian forces have advanced at their fastest pace for more than a month, driving Russian forces out of the area around Kharkiv, Ukraine's second-largest city.

Read Also
All civilians trapped in Mariupol's Azovstal plant have been evacuated: Ukraine 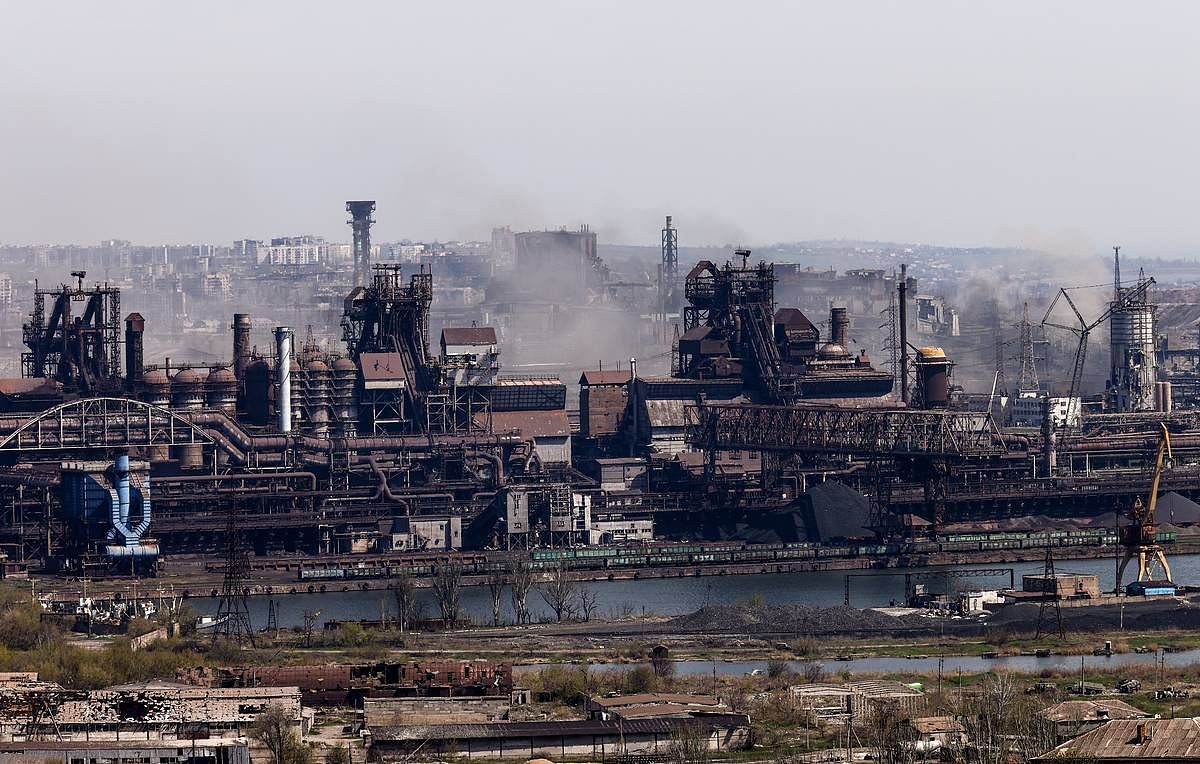