Macron is emerging as a tragic figure during high-drama. He is being kept out of the formation of a new security alliance, which is focusing on the Indo-Pacific region -a booming and vast area on either side of the Malacca straits.
Agencies 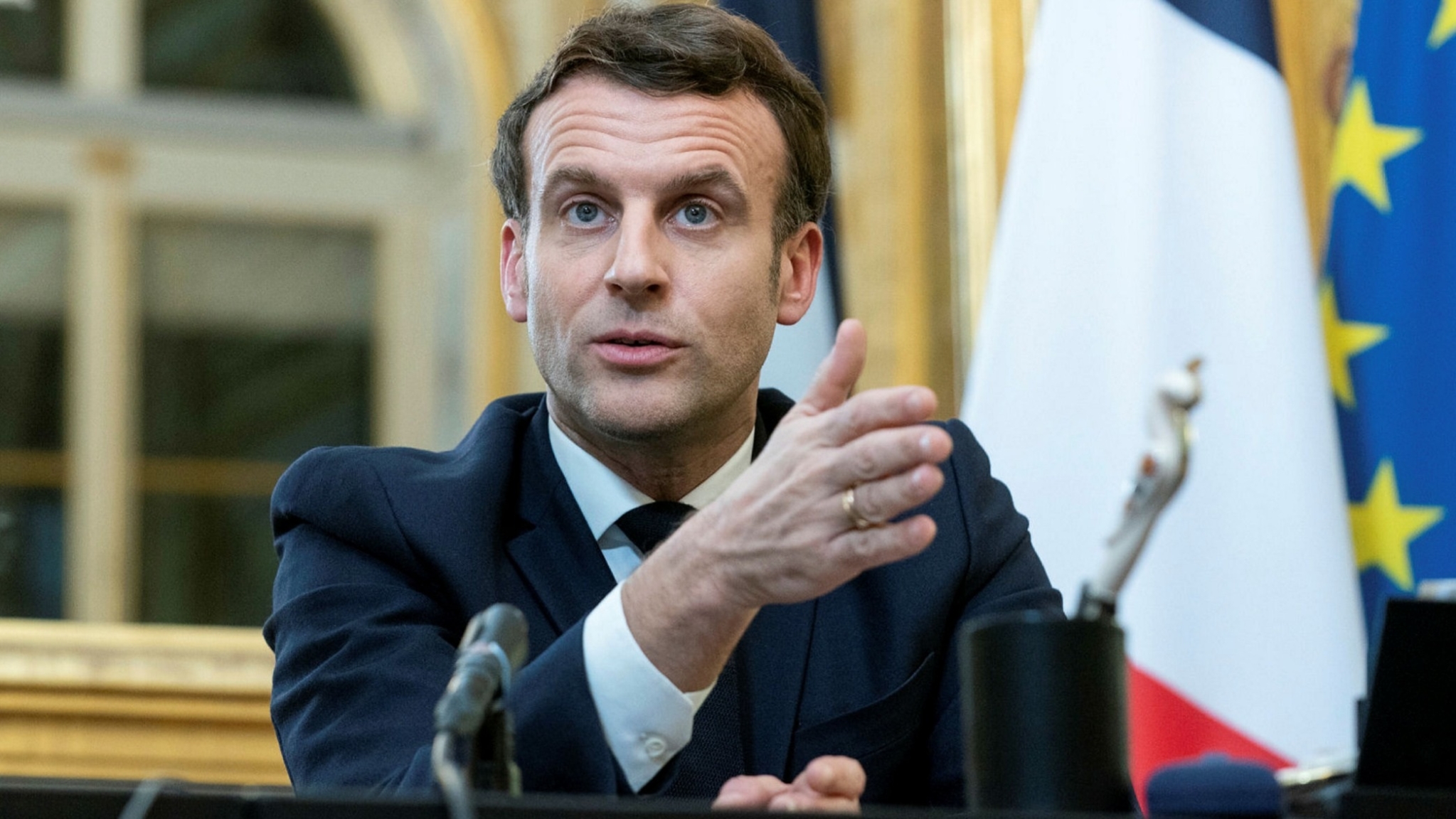 Paris: The formation of the Australia, United Kingdom and the United States (AUKUS) security alliance in the Indo-Pacific to counter China has truly humiliated Emanuel Macron, the President of France.

Macron is emerging as a tragic figure during high-drama. He is being kept out of the formation of a new security alliance, which is focusing on the Indo-Pacific region -a booming and vast area on either side of the Malacca straits.

According to a Sunday Telegraph report, the decision to keep Macron in the cold was visible during the June G-7 summit in Cornwall.

According to the daily, the details of the AUKUS strategic partnership were discussed at the summit, while keeping Macron in the dark.

Apparently, then UK Foreign Secretary Dominic Raab pushed for an AUKAS agreement, even when fully aware that such a move would sour ties with Paris.

After the summit, all documents on AUKUS were classified as "top secret".

Leaders of the UK, Germany, Italy, Canada, the US, France and Japan, as well as the heads of Australia, India, South Korea and South Africa invited as guests for the June 11-13, G-7 summit.

Macron and France are naturally incensed by the humiliation and isolation, as AUKUS will impact Paris and, in fact, the European Union (EU) at various levels.

At the outset the formation of AUKUS deprived France of a mammoth $40 billion dollars. This is because Australia, a key member of AUKUS no longer requires the Barracuda Class submarines that it had ordered from France. Instead, Canberra is going ahead with a brand-new fleet of nuclear-powered submarines from the United States. The US will construct these subs in Adelaide.

Second, France is virtually on its own in keeping free and open, the sea lanes radiating to and fro from the Indo-Pacific region, a leading trade magnet of the world.

Third, France may energise a new European Indo-Pacific strategy, but right now, the EU has been caught flat footed by the security alliance of the English-speaking democracies that partner AUKUS.

Macron and France's fury should not be underestimated. France takes pride as being the leader of western Enlightenment. It has also a Napoleonic tradition of military leadership. Besides, Macron has shown that France, a former colonial power, has not detached from the fiercely independent path of former President Charles de Gaulle, who during the heat of the Cold War, declared that rather than being sucked in a bipolar system, France will follow an independent third way.

Unsurprisingly, French President Emmanuel Macron took the exceptional decision of recalling ambassadors due to the "gravity of the announcements on September 15 by Australia and the United States", said French Foreign Minister Jean-Yves Le Drian in a statement, as reported by France 24.