Zelenskyy said Russia wanted them to surrender and that Ukraine didn't trust Russia in the light of the Ilovaisk battle in 2014 when Russia’s proxies massacred and disarmed Ukrainian soldiers.

As the fighting continues in the besieged port city of Mariupol with Ukraine carrying out evacuation efforts for the trapped civilians, Ukraine President Volodymyr Zelenskyy has said that the Ukrainian authorities at various levels are in contact with servicemen who remain blocked in Mariupol adding that their troops are fighting the Russian forces to protect the people at all cost despite being outnumbered.

"Defenders of the city are fighting the enemy that outnumbers Ukrainian troops six to one," he said in an interview with a number of online media outlets, including Ukrinform.

Meanwhile, issuing a warning to Moscow, Zelenskyy today said that the elimination of the last Ukrainian troops trapped in the besieged port of Mariupol would put an end to talks with Russia, AFP reported.

"The elimination of our troops, of our men (in Mariupol), will put an end to any negotiations between Ukraine and Russia. We don't negotiate neither our territories nor our people," he said in an interview with the Ukrainska Pravda news website.

Zelenskyy said Russia wanted them to surrender and that Ukraine didn't trust Russia in the light of the Ilovaisk battle in 2014 when Russia’s proxies massacred and disarmed Ukrainian soldiers, The Kyiv Independent reported.

Meanwhile, Russian forces shelled an oil refinery in the Ukrainian city of Lysychansk on Saturday, and a large fire erupted, a regional governor reported.

Ukraine’s presidential office reported Saturday that missile strikes and shelling over the past 24 hours occurred in eight regions: Donetsk, Luhansk and Kharkiv in the east, Dnipropetrovsk, Poltava and Kirovohrad in central Ukraine and Mykolaiv and Kherson in the south, AP reported.

Explosions were also heard in the early hours on Saturday in Ukraine’s capital, Kyiv, and the western city of Lviv, local media reported. 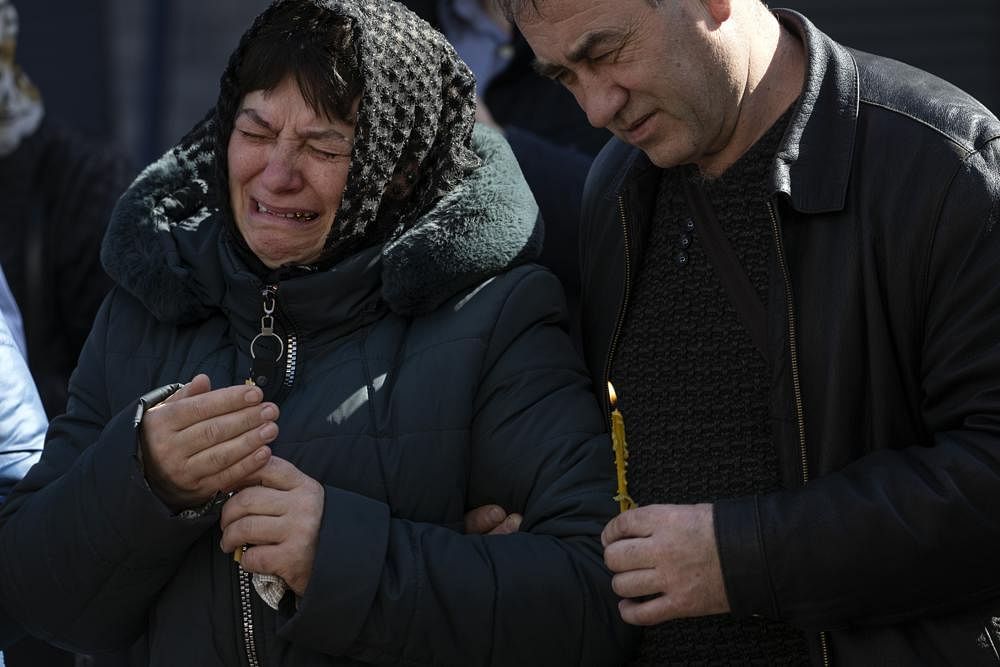