Leeds: Are we alone in the universe? This is a question that has intrigued humans for centuries and inspired countless studies and works of fiction. But are we getting closer to finding this out? Now that the James Webb Space Telescope (JWST) is in operation, we might have taken one giant leap in being able to answer this one day.

One of the four main objectives of the JWST is to study exoplanets—planets which reside outside of our solar system—and determine what gases their atmospheres are composed of. Our new research into the variation of oxygen on Earth over geological time has offered clues about what to actually look for.

To try and comprehend how, when, and why life might evolve on other planets, it makes sense to look at the only planet we currently know of which hosts life: Earth. Understanding our own planet's complicated evolutionary history might provide the key to finding other planets capable of supporting life. 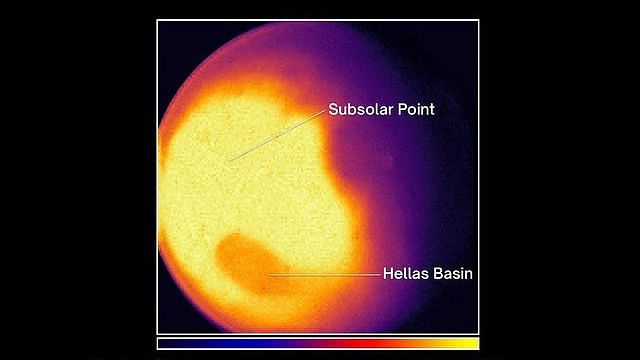 We know that animals require oxygen in order to survive, although some, such as sponges, require less than others. Yet, while oxygen is readily available today, making up 21% of the atmosphere, we also know that this was not true for the majority of Earth's history.

If we travelled deep into our past, beyond around 450 million years ago, we would need to carry a handy supply of oxygen tanks with us. But what we are less certain of is the absolute amount of oxygen in the atmosphere and oceans through time and whether rises in oxygen levels fueled the evolution of animal life, or vice versa. These questions have, in fact, sparked numerous debates and decades of research.

The current thinking is that oxygen levels have risen in three broad steps. The first, called the "great oxidation event," occurred around 2.4 billion years ago, transforming the Earth from a planet essentially devoid of oxygen in the atmosphere and oceans to one with oxygen as a permanent feature of it. The third occurred around 420 million years ago and is called the "Paleozoic oxygenation event," which saw a rise in atmospheric oxygen to present day levels.

But in between, some 800 million years ago, lies the second step: the "Neoproterozoic oxygenation event," or NOE. Initially, information extracted from sedimentary rocks formed on the ocean floor suggested that it was during this time that oxygen rose to something like modern levels.

However, more data gathered since has suggested a more intriguing oxygen history. Importantly, the NOE occurred just before evidence of the very first animals, appearing around 600 million years ago.

Read Also
Did you know? 'Broccoli gas' can help finding life on other planets 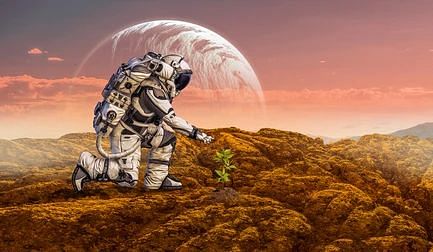 We set out to explore and reconstruct atmospheric oxygen levels during the NOE to see what conditions the first animals appeared under. To do this, we built a computer model of the Earth, incorporating knowledge about the various processes that can deliver oxygen to the atmosphere or remove it.

We investigated carbon-bearing rocks deposited worldwide to calculate ancient photosynthesis rates. Photosynthesis is the process by which plants and microbes use sunlight, water, and carbon dioxide to create oxygen and energy in the form of sugar—the main source of oxygen on Earth.

Carbon naturally exists in many isotopes—atoms with a different number of neutrons in their nucleus (the nucleus is made up of protons and neutrons). Different isotopes therefore have slightly different sizes and masses from one another.

We looked at isotopes of carbon known as carbon-12 and carbon-13, which do not undergo radioactive decay. Plants prefer to use carbon-12—the lightest isotope—during photosynthesis, leaving the seawater and, subsequently, the rocks that form on the ocean floor enriched in carbon-13 instead.

When we analyse these rocks, millions or even billions of years later, if we find more carbon-13 than carbon-12, we can predict that more photosynthesis, and thus more oxygen production, occurred. We then modelled volcanic activity, which can release gases that react with oxygen, removing it from the atmosphere.

This approach might sound a little strange, and you might ask why there was nothing more direct for us to measure. This is because most geological evidence from this time is not preserved, and these carbon isotope ratios are one of the few well-defined data sets we have through this time period.

What we found is that, rather than a simple jump in oxygen levels during the Neoproterozoic era, the amount of oxygen in the atmosphere changed significantly and, on geological timescales, very rapidly. While 750 million years ago, oxygen made up 12% of the atmosphere, in just a few tens of millions of years, it had dropped to about 0.3%—a tiny fraction—before rising again a few million years later.

Our research shows that atmospheric oxygen probably continued this dance between high and low levels until plants gained a foothold on the land some 450 million years ago.

Read Also
Watch Video: Jupiter and its moons in a rare closest date after 59 years with Earth These results are intriguing for a number of reasons. We have often thought that the relative stability that Earth has experienced for much of the last 4.5 billion years is necessary for life to flourish. After all, when big events like asteroid impacts have occurred, it has not gone well for some of Earth's inhabitants (sorry, dinosaurs).

But if the first animals did evolve against a backdrop of highly variable oxygen levels, it suggests that some dynamic changes might instead be required in order to foster ecological innovation.

Our results suggest that periods of low atmospheric oxygen levels could have been important for developing more complex life by driving the extinction of some simple organisms and allowing the survivors to expand and diversify when oxygen levels rose again. So, we should not rule out taking a closer look at exoplanets that have a poorly oxygenated atmosphere.

Of course, this is a very Earth and even animal-centric view. Alien life may be completely different to life on Earth. For example, it could well exist on planetary bodies such as Titan—one of Saturn's moons—which has seas of liquid methane and ethane. But as a starting point in our search for extra-terrestrial life, understanding the history of atmospheric oxygen on Earth is a useful guide.