Whether Akhundzada is alive or dead is something the world and the Afghans are unclear about. Moreover, even the most senior analysts are uncertain about who is really heading the group.
FPJ Web Desk 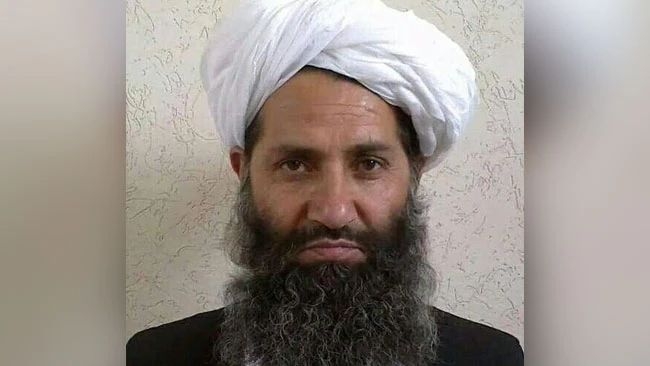 Kandahar, Afghanistan: When the Taliban took over the reins of Kabul in mid-August and seized power for the second time, the age old mystery regarding the whereabouts of the movement's biggest leader Hibatullah Akhundzada deepened further.

Whether Akhundzada is alive or dead is something the World and the Afghans are unclear about. Moreover, even the most senior analysts are uncertain about who is really heading the group, reports NDTV.

News agency AFP went on the trail of the Taliban supreme leader, and their findings are inconclusive.

On October 30, two months after a Taliban spokesman stressed that Akhundzada was alive and keeping well in Kandahar, rumors floated in the city that the "emir" had delivered a speech at a madrassa.

Taliban officials further gave their seal of authenticity to his visit at the Hakimia madrassa, releasing a crackling audio file of more than 10 minutes.

"May God reward the oppressed people of Afghanistan who fought the infidels and the oppressors for 20 years," said an aged and echoing voice, claimed to be that of Akhundzada.

In one of the most poverty mired suburbs of Kandahar, two Taliban fighters stand guard in front of the Hakimia madrassa's gate, which has become something of a magnet since October 30, and has been attracting curious crowds of Taliban supporters, AFP further reports.

"We all were watching him and were just crying"

When the supreme leader visited, he was "armed" and accompanied by "three security guards", Massum Shakrullah, the madrassa's head of security told AFP.

"Even cellphones and sound recorders" were prohibited into the venue, he added.

Mohammed, a 19 year old student of the madrassa said, "we all were watching him and were just crying".

Questioned if he could confirm that it was actually Akhundzada, Mohammed said he and his friends were so excited that they "forgot to watch... his face".

The need for Taliban leaders to maintain vanishingly low profiles became particularly important in the last decade of war, as horrific US drone strikes intensified.

Akhundzada had ascended the top position following one such strike that killed his predecessor, Mullah Akhtar Mansour, in 2016.

He swiftly earned the support of Al-Qaeda chief Ayman al-Zawahiri, who called him "the emir of the faithful".

The Taliban have released just one picture of the elderly cleric -- five years ago, when he took over the group's command.

And even that photograph, in which he can be seen with a grey beard and white turban was taken twenty years back, according to the Taliban.

The supreme leader's appearance ended "rumours and propaganda" regarding his death, said Maulvi Said Ahmad, who leads the madrassa where Akhundzada reportedly appeared.

He looked "exactly the same" as in the released photo, said Mohammad Musa, 13, who caught a glimpse from afar.

Authorities of the former Afghan regime and many Western analysts are however doubtful, and believe Akhundzada died years ago.

According to them the madrassa appearance was a carefully choreographed deception. As a precedent, the Taliban had pretended founder Mullah Omar was alive for two years after his death in 2013.

Akhundzada himself "has long been dead and had no role before the takeover of Kabul", one security official of the ousted regime told AFP.

He was killed with his brother in Pakistan's Quetta during a suicide attack "about three years ago", the source believes.

In Panjwai, a district near Kandahar, everyone knows of the Akhundzadas, a line of eminent theologians.

The emir was born in the village of Sperwan.

"At the time of the Soviet invasion (1979) fighting broke out in the village and Hibatullah left for Pakistan," Niamatullah, a young fighter and former student of the supreme leader, told AFP.

After this first move to Pakistan, Akhundzada became a prominent scholar and earned the title "Sheikh al-Hadith", an honour reserved for the most eminent scholars of the Prophet Mohammed's sayings.

During the early 1990s, when the Islamist insurgency was taking hold following the Soviet occupation, Akhundzada, then in his thirties, returned to the village.

He would hold consultations with visitors from "the city and from Pakistan", remembers Abdul Qayum, a 65-year-old villager.

As per the snippets from his official biography, his rise was meteoric after the Taliban took over Kabul in 1996.

After running the local madrassa, Akhundzada served as a judge at Kandahar provincial court, then as the head of the military court in Nangarhar in eastern Afghanistan until 2000.

By the time the Taliban were forced from power in late 2001, he was leading Kabul's military court.

Akhundzada then went to Pakistan, finding refuge in Quetta.

His brilliant knowledge of Islamic law made him the leader of the Taliban's shadow justice system and the acclaimed trainer of an entire generation of fighters who graduated through Quetta.

'Centre of gravity for Taliban'

Akhundzada was "the centre of gravity for the Taliban... keeping the group intact", one Pakistan-based Taliban member told AFP.

As per this source, who says he has met Akhundzada three times, with the last time being in 2020, the supreme leader does not use modern technology.

He prefers making phone calls on landlines and communicates through letters to the Taliban officials who now make up the government and with whom he maintains a strong rapport.

He would have given the approval to the final offensive against the old regime and monitored operations from Kandahar, where he had already been discreetly installed for several months, the Pakistani source said.

The continued fear of elimination, despite the end of the war with America, explains the leaders' continued low profile, several Taliban sources say.

And if he were already dead, a regional security source said, concerns over the rival Sunni radical group, the Islamic State's local chapter (IS-K), would in part explain the Taliban hiding the news -- as any such announcement could prompt defections.

"If they announce Akhundzada is no more and we are looking for a new emir, it will factionalise the Taliban and IS-K could take advantage," he said.

Despite the rumors and speculation, the Taliban insist nothing is untoward.

The emir is "leading in an orderly manner", a spokesman told AFP, adding "it is not necessary" for him to appear publicly.