On Thursday, Nepean Dam south of Sydney was at full capacity and spilling over, with video footage showing excess water cascading over the dam wall and downstream.

Australia braces for more storms that are expected to bring dangerous flash flooding to the country's east while dams near Sydney overflow after days of torrential rain. | @trtworld Twitter
Advertisement

Dams near Sydney overflowed Thursday after days of torrential rain, as Australia braced for more storms expected to bring dangerous flash flooding to the country's east. Recent downpours have brought relief to areas ravaged by bushfires and drought as well as chaos and destruction to towns and cities along the eastern seaboard.

On Thursday, Nepean Dam south of Sydney was at full capacity and spilling over, with video footage showing excess water cascading over the dam wall and downstream.

Two other dams in New South Wales, Tallowa and Brogo, were also overflowing and more dams could reach capacity in the coming days, a WaterNSW spokesman told AFP. Sydney's dams have seen water levels spike dramatically the Nepean was just a third full less than a week ago though many inland areas are facing severe water shortages missed out on the flows. A devastating months-long bushfire crisis that killed 33 people has effectively been ended by the downpours, with just one blaze yet to be brought under control in New South Wales. 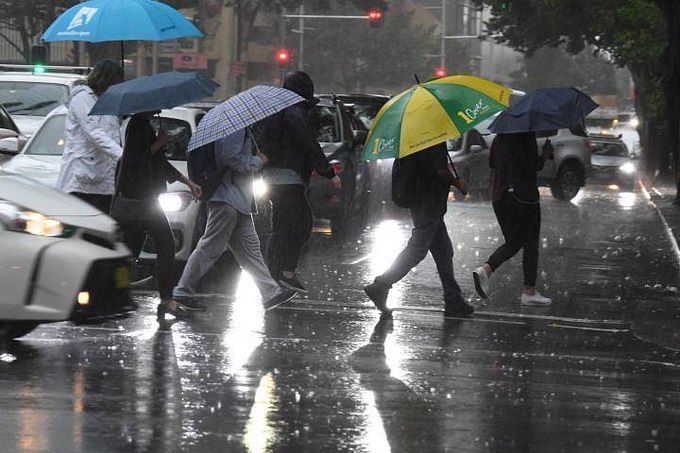 Hundreds of people have been rescued from floodwaters in recent days.

Police said a man's body was discovered in a flooded river on Queensland's Sunshine Coast on Thursday, though the cause of his death was not immediately clear. Wild weather is set to ramp up again from Friday, with the Bureau of Meteorology forecasting ex-Tropical Cyclone Uesi would bring "damaging to destructive winds" and heavy rainfall to remote tourist destination Lord Howe Island. Rains 'break the back' of Australia bushfire crisis

"Any showers and thunderstorms that do develop are falling on already saturated catchments, so there is a risk with severe thunderstorms of flash flooding," she said.

Emergency services have warned residents in affected areas to be cautious in the dangerous conditions.