The Covid-19 pandemic emerged from a genetically modified virus which leaked from the infamous Wuhan Institute of Virology (WIV), according to an investigation by the US House of Representatives Republicans into the origins of Covid-19, released on Monday.

The report by Representative Michael McCaul, a top Republican at the House Foreign Affairs Committee, is based on open source material, the Hill.com reported.

"As we continue to investigate the origins of the Covid-19 pandemic, I believe it's time to completely dismiss the wet market as the source of the outbreak. Instead, as this report lays out, a preponderance of the evidence proves that all roads lead to the WIV (Wuhan Institute of Virology)," McCaul said in a statement.

The report also raises concern that the lab was conducting "gain-of-function" research in an unsafe environment.

"We know gain-of-function research was happening at the WIV and we know it was being done in unsafe conditions," he added.

Once dismissed as conspiracy, the "lab leak theory" has recently gained steam with scientists across the world demanding fresh probes into the Covid-19 origins.

The investigation also parallels efforts by US President Joe Biden's administration, which has set a September deadline for the intelligence community to report the origins of the pandemic outbreak.

Meanwhile, China has dismissed the allegations, maintaining that the first cases likely emerged from animal to human transmission at a wet market in the city of Wuhan.

According to the Republican report, maintenance and renovation taking place at the WIV and the adjacent lab, the Wuhan National Biosafety Laboratory, related to its hazardous waste treatment system and air conditioning systems while carrying out research on coronaviruses, is a cause of concern.

Such instances were taking place in the months preceding the first known cases of Covid-19, the report states.

Further, the investigators suggest that the first cases of Covid occurred in August or September of 2019, and not mid-November, as other reporting has suggested. They also flagged that scientists at the Wuhan lab, including American researchers, had the ability to modify genetically-altered viruses without leaving any trace that they had been tampered with, the Hill reported.

"An American scientist, Dr Ralph Baric, assisted in creating a method to leave no trace of genetic modification as early as 2005," the report states.

"And as early as 2017, scientists working at the WIV were able to do the same. This makes it clear that claims by the scientific community that SARS-CoV-2 [Covid-19] could not be man-made because it has no genetic modification markers are disingenuous." 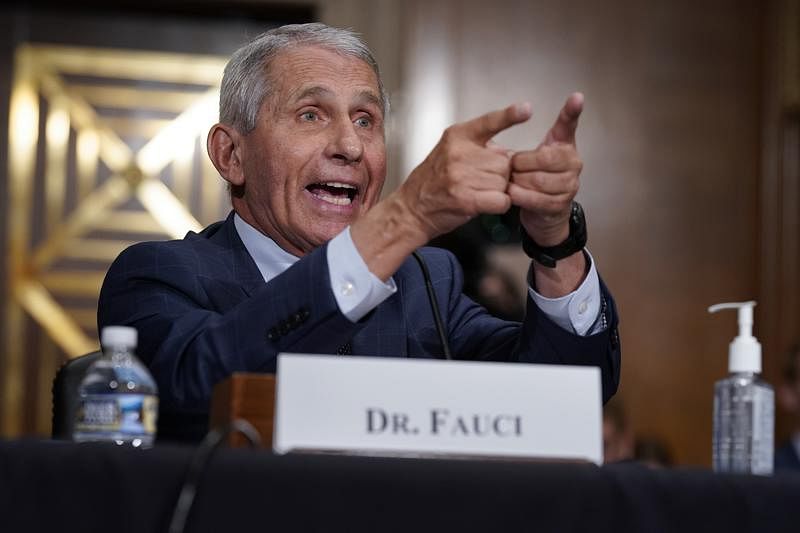