"None of those who wore masks while contacting the patients were infected, so we're certain about the efficacy of masks," Wang told a group of journalists on the weekend.
Xinhua 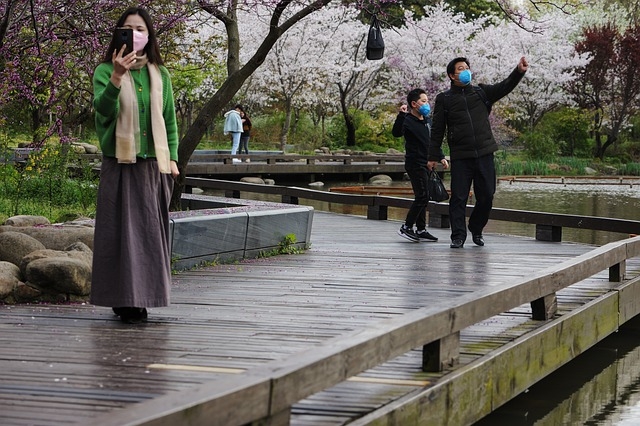 WUHAN-- The head of a COVID-19 hospital in central China's Wuhan has suggested New York promote mask-wearing among the public and stop quarantining patients at home.

Answering a question about New York's much higher infection figure than Wuhan, Wang Xinghuan, head of the Wuhan Leishenshan (Thunder God Mountain) Hospital, advocated the use of facial masks.

Citing the Zhongnan Hospital of Wuhan University, where he is also the president, as an example, Wang said that some medics in non-COVID-19-treating departments contracted the novel coronavirus at the early stage of the outbreak, and none of them had worn masks.

"None of those who wore masks while contacting the patients were infected, so we're certain about the efficacy of masks," Wang told a group of journalists on the weekend.

The president also advised against asking patients with mild symptoms to isolate themselves at home, where they could pass the infection to more family members.

"In those early days, there were many cases in which one patient infected a whole family of three, five or six people in Wuhan. This is a heartrending lesson," he said.

After realizing this problem, Wuhan later converted public facilities, including gyms and exhibition centers, into 16 temporary hospitals that helped quarantine patients with mild symptoms, which Wang described as a success story.

"If the transmission is not cut, then it's natural that infections will rise," Wang said. "To contain an epidemic, at least one of the three factors should be completely controlled: the source of infection, the route of transmission and the susceptible population."