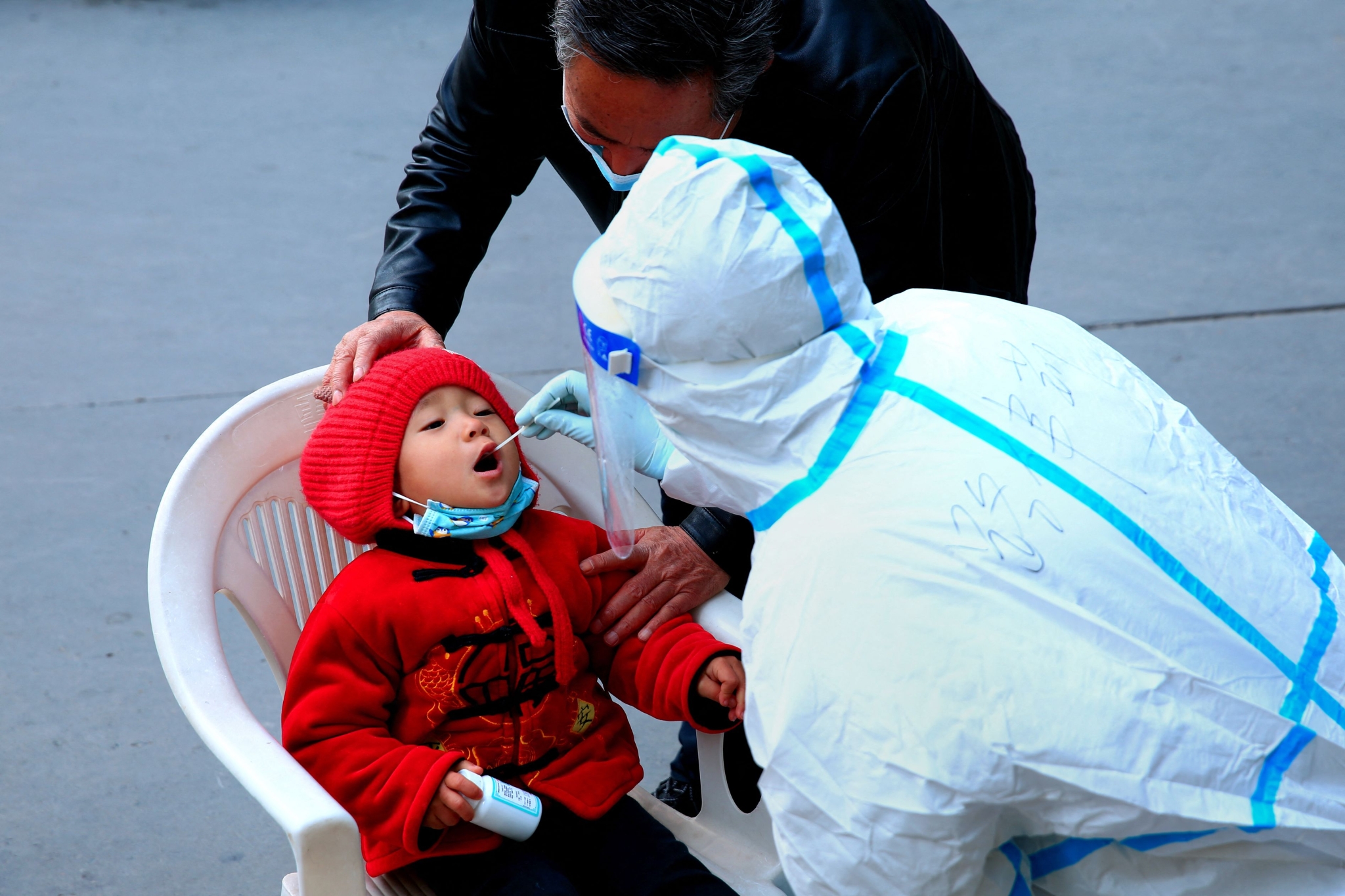 A child undergoing a nucleic acid test for the Covid-19 coronavirus in Zhangye in Chinas northwestern Gansu province. | AFP

China placed a third city under lockdown on Thursday to tackle Covid-19 numbers, with around six million people now under orders to stay home as Beijing chases zero cases before the upcoming Winter Olympics.

The country has taken a zero tolerance approach to the virus since it first emerged in central China in 2019, stamping out emerging flare-ups with border closures, targeted lockdowns and strict quarantines.

Although the hard-line measures have kept the number of new cases far lower than most countries, the world's most populous nation is currently grappling with small outbreaks in at least eleven provinces.

The resurgence prompted officials this week to lock down Lanzhou city -- with a population of over four million -- and Ejin in the Inner Mongolia region.

After confirming one new case, authorities in Heihe in Heilongjiang province followed suit Thursday, ordering people to stay at home and forbidding residents from leaving the far northern city except in emergencies, according to a local government statement.

Officials in the city -- which borders Russia to the north -- have also begun testing 1.6 million residents and tracing close contacts of the infected person, the statement said.

State media reported that bus and taxi services had been suspended and vehicles were not allowed to leave the city.

China reported 23 new domestic cases on Thursday, less than half of the previous day's number, in a sign that the country's tough disease controls may be working.

Lanzhou, which has been under lockdown since Tuesday, recorded just one new case, while Ejin -- home to around 35,000 -- added seven, according to government statements.

The capital, which will host the Winter Games in February, has also curbed access to tourist sites and urged residents not to leave unless necessary.