Throughout the lockdown, Shanghai authorities have repeatedly dashed hopes for an end to the ordeal. Authorities said the lockdown would only last until April 5 when it was introduced on March 27

A worker in protective overalls stands in the middle of empty streets in a locked down area in the Jingan district of western Shanghai, on April 4, 2022 | AP

The Chinese city of Shanghai has announced plans to reopen gradually after spending more than six weeks in lockdown and stamping out COVID-19 transmission in 15 of its 16 districts.

The opening will be rolled out in phases, state media reported on Monday, with city authorities saying “normal life” will resume on June 1.

Most of Shanghai has stopped the spread of the coronavirus in the community and fewer than 1 million people remain under strict lockdown, authorities said Monday, as the city moves toward reopening and economic data showed the gloomy impact of China’s “zero-COVID” policy.

Supermarkets, malls and restaurants were allowed to reopen Monday with limits on the numbers of people and mandated “no contact” transactions. But most of the city’s 25 million people remain under some form of restriction, movement around the city is highly limited and the subway train system remains closed for now.

Even as case numbers fall, city and national authorities have sent mixed messages about the state of Shanghai’s outbreak and when life can return to normal in the city, where many residents have been confined to their homes, compounds and neighborhoods for more than 50 days. A prospective date of June 1 has been given for a full reopening.

Throughout the lockdown, Shanghai authorities have repeatedly dashed hopes for an end to the ordeal. Authorities said the lockdown would only last until April 5 when it was introduced on March 27.

Despite that, China has rejected all criticisms of “zero-COVID,” including from the World Health Organization. The ruling Communist Party says it is committed to “resolutely fighting any attempts to distort, question or dismiss China’s anti-COVID policy”.

China reported 1,159 cases of infection on Monday, the vast majority in Shanghai. Almost all were infections without symptoms.

In Beijing, where a much smaller outbreak has led to mass testing and a lockdown imposed building by building, 54 cases were reported. Authorities have ordered people to work from home, moved schools online and limited restaurants to take-out only in the capital.

China’s strict lockdowns have played havoc with employment, supply chains and the economy in general, and data released Monday showed factory and consumer activity was even weaker than expected in April.

China's jobless rate rose to 6.1% in April, the highest level since the 6.2% peak seen in the early part of the Covid-19 pandemic in February 2020.

The rise in unemployment came as lockdowns had an impact across the Chinese economy.

Retail sales saw the biggest contraction since March 2020 as they shrank by 11.1% in April from a year earlier, according to China's National Bureau of Statistics.

That was much worse than March's 3.5% drop and missed the economists' expectations of a 6.1% fall.

At the same time industrial production fell by 2.9% from a year earlier, as measures to stop the spread of the coronavirus had a major impact on supply chains.

That was the largest decline since February 2020 and marked a reversal of the 5% gain in March. 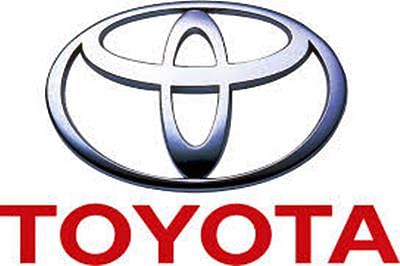