The confidence vote was triggered early on Monday morning after more than 54 Tory MPs – 15% of the total – submitted no-confidence letters to Graham Brady, chair of the 1922 Committee that represents backbenchers

Prime Minister of the United Kingdom Boris Johnson on Monday survived a confidence vote, with 211 Conservative MPs backing him to remain prime minister.

The prime minister won 59% of the vote, which means that he is now immune from a Conservative leadership challenge for a year.

In all, 211 Tory MPs voted they had confidence in the prime minister's leadership, while 148 voted against him.

“What it means is that as a government we can move on and focus on stuff that I think really matters to people,” he said.

Keir Starmer, the Labour leader, said the Conservative party “believes the British public now have no right to expect honest politicians”, while Ed Davey, the Liberal Democrat leader, said Tory MPs have “narrowly voted to keep a lawbreaker and liar in No 10”.

The confidence vote was triggered early on Monday morning after more than 54 Tory MPs – 15% of the total – submitted no-confidence letters to Graham Brady, chair of the 1922 Committee that represents backbenchers.

Discontent that has been building for months erupted after a 10-day parliamentary break that included a long weekend of celebrations of Queen Elizabeth II’s Platinum Jubilee.

For many, the four-day holiday was a chance to relax — but there was no respite for Johnson, who was booed by some onlookers as he arrived for a service in the queen’s honor at St. Paul’s Cathedral on Friday.

Johnson became prime minister in July 2019, capping a rollercoaster journey to the top. He had held major offices, including London mayor and U.K. foreign secretary, but also spent periods on the political sidelines after self-inflicted gaffes.

He kept bouncing back, showing an uncommon ability to shrug off scandal and connect with voters that, for many Conservatives, overshadowed doubts about his ethics or judgment.

But concerns came to a head after an investigator’s report late last month that slammed a culture of rule-breaking inside the prime minister’s office in a scandal known as “partygate.”

The report laid bare the extent of Covid rule-breaking in Number 10, including at a birthday party Johnson was fined by the police for attending in June 2020.

The fine meant Johnson became the UK's first serving prime minister to be sanctioned for breaking the law. 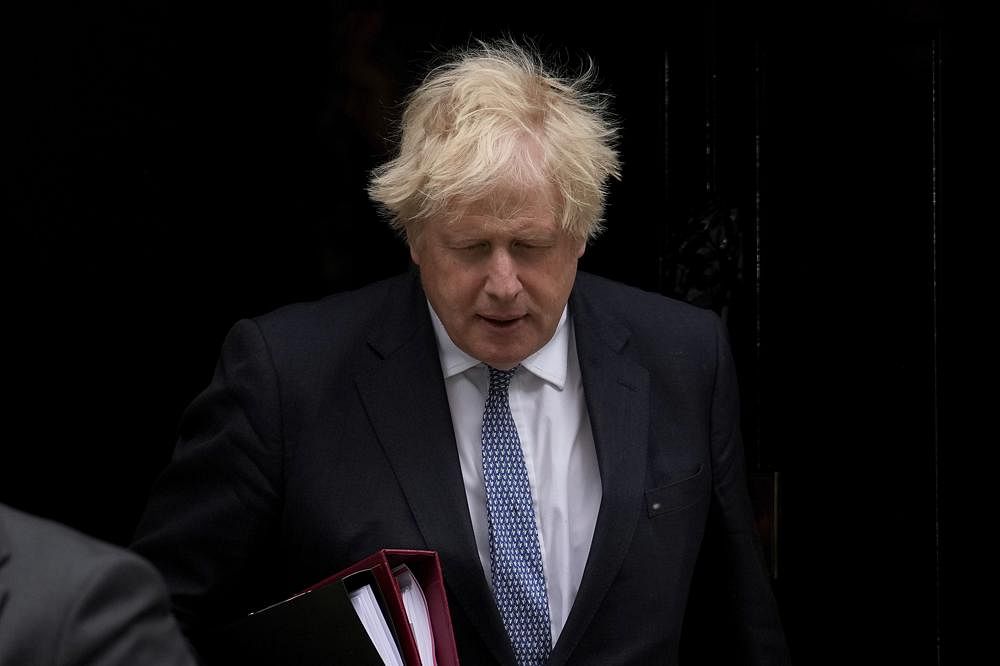