Truss has been leading in the opinion polls and bookmaker’s odds as the favoured candidate to succeed Boris Johnson.

One of outgoing British Prime Minister Boris Johnson’s key loyalists and supporter of Foreign Secretary Liz Truss as his successor, who has been very vocal in attacks against Rishi Sunak, was on Sunday facing criticism for retweeting a “dangerous and distasteful” image of the former Chancellor.

Culture Secretary Nadine Dorries re-posted a tweet on her social media account showing an image of Johnson dressed as Roman leader Julius Caesar and Sunak stabbing him in the back, a reference to his killer Brutus.

Business Minister Greg Hands, who is backing the British Indian ex-minister in the race, told ‘Sky News’ the post was “appalling”.

“I do find it distasteful and I do find it, less than a year after the stabbing of our colleague, in very, very poor taste, even verging on dangerous,” he said.

Referring to the stabbing to death of Tory MP Sir David Amess by a constituent last year, he added: “It is not even a year since the stabbing of Sir David… so I think this is very, very bad taste, dangerous even,” But an unnamed ally of Dorries pointed out that it was “obviously a satirical image of Brutus and Caesar”, photoshopped to provide political commentary.

“Some people of course will want to be wilfully offended,” the ally said.

Dorries has previously attacked Sunak’s expensive dress sense as a sign of not being in touch with the British electorate and accused him of leading a “ruthless coup” against his former boss.

“I am bitterly disappointed that Boris Johnson was removed via a ruthless coup, as he was, led largely by Rishi Sunak,” she has said.

It comes as a report in the ‘Observer’ newspaper claims Sunak’s team is being urged to overhaul his “general election-style” campaign in favour of a grassroots effort, speaking directly to the estimated 180,000 Tory members in a last-ditch attempt to beat Liz Truss to the Conservative leadership.

Truss has been leading in the opinion polls and bookmaker’s odds as the favoured candidate to succeed Boris Johnson.

“The vote is very soft, you don’t have to do much to move it. We’re making this far too complicated. There’s brilliant people in charge, but I’m just worried we’re fighting the wrong campaign,” one Sunak supporting Tory MP told the newspaper.

Another MP said: “The stuff they have their guys producing is social media stuff for a general election. This is about party members. It should just be about getting Rishi and key supporters to as many members as possible. They are trying to get MPs out for them, but it’s mainly producing social media graphics.” A third ally said: “I do think it’s looking quite difficult for him but I can’t give up hope yet. There are a lot of MPs talking to their associations. There’s still time. It would be preposterous to just go through the motions for the next four weeks.” The postal ballots for the election will start landing at Tory members’ addresses from next Thursday, with the deadline for receiving completed ballots set as the evening of September 2. The result will be declared on September 5. 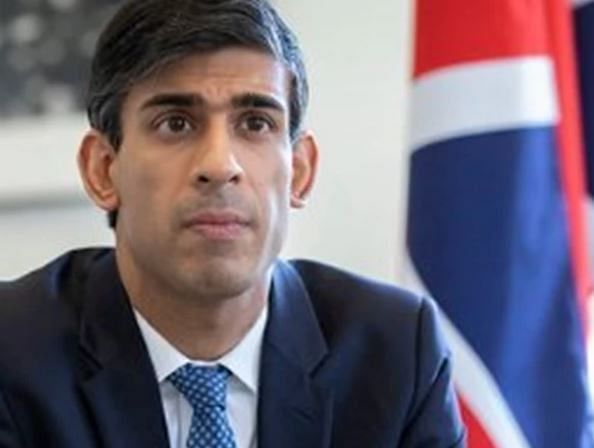