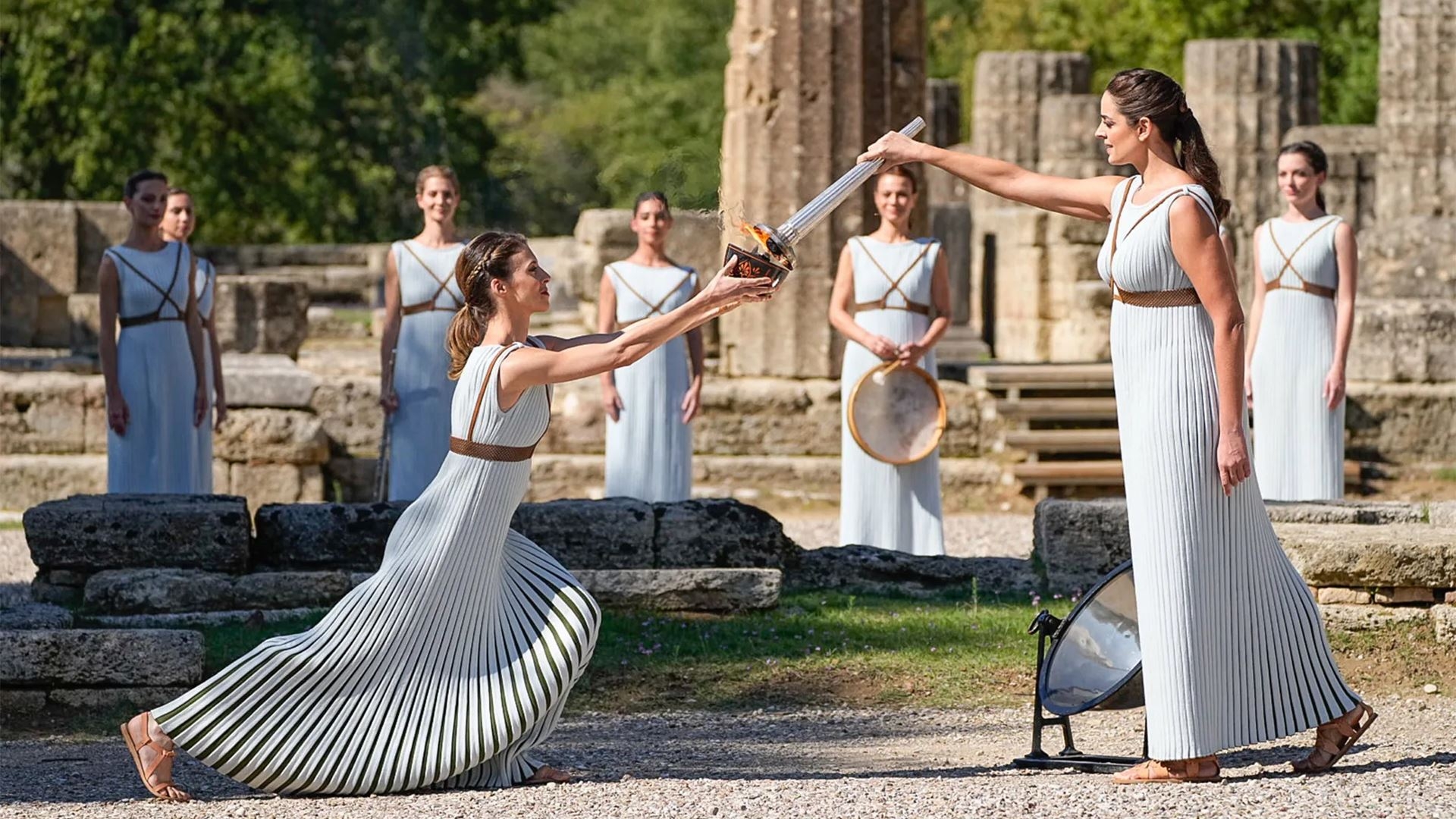 As the Olympic Winter Games is set to begin within 4 months, the ancient Olympic flame was lit on Monday in Ancient Olympia in Greece to mark the beginning of the upcoming Winter Olympic Games hosted in Beijing. Also called Beijing 2022, the games will be set in China starting February 2022 and will go on for two weeks.

The flame lighting ceremony was held following the Covid-19 measures and under strict conditions with only limited and important delegations present at the ceremony.

The ancient flame represents a symbol of peace, unity, and solidarity, and it will be carried on to China within 100 days of the start of the games. The symbolic and ancient gesture of lighting the flame helps build anticipation amongst Olympic fans eager to witness the world's best winter sports stars in action, while it also inspires thousands of athletes who are making their final preparations.

The traditional ceremony, held near the Temple of Hera, celebrates the Olympic Games' Greek heritage, connecting the modern Games to their historic origins. After the Olympic flame was lit by the High Priestess, it began its journey with Greek skier Ioannis Antoniou, an Olympian who also assumed the role of the first torchbearer for the Olympic Winter Games Sochi 2014. The flame was then passed to Chinese Olympian Li Jiajun, a winner of five medals in speed skating at the 1998, 2002, and 2006 Olympic Winter Games (two silver and three bronze medals).

He further added, "Beijing will write history as the first city ever to host both the summer and winter editions of the Olympic Games. The Olympic Winter Games Beijing 2022 will connect the Chinese people with the world, bringing to life China's vision to engage 300 million people with sport on snow and ice, changing winter sport forever." 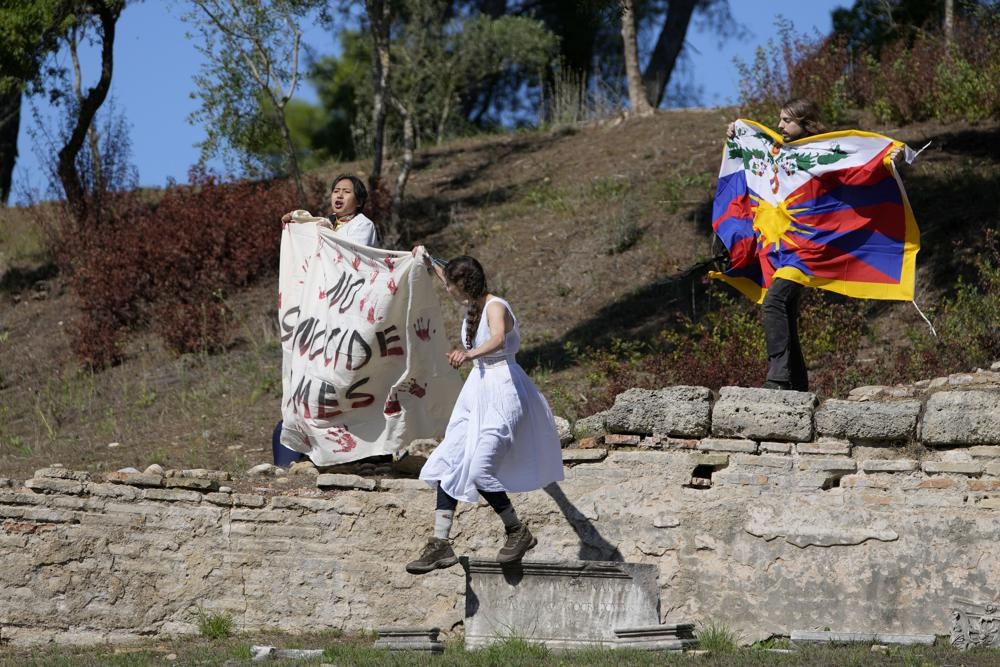 While one person waived the Tibetian flag, the other carried a banner that read "No genocide games." The moves come after the Chinese intrusion in Taiwan and years of human rights violence against the Uyghur Muslims and the refugees in the country.

“How can Beijing be allowed to host the Olympics given that they are committing a genocide against the Uyghurs?” one protester said, referring to the treatment of Uyghur Muslims in China’s northwest region of Xinjiang reported AP.

Some US lawmakers have also urged the International Olympic Committee (IOC) to postpone and relocate the event from Beijing because of China's reported human rights abuses.

Earlier, other protestors were detained by Greek police before they could reach the site. Pro-democracy protests also had broken out during the lighting ceremony for the 2008 Beijing Summer Games.

Tibetan rights activists said in a press release that China was trying to “sports wash” its human rights abuses “with the glamour and veneer of respectability the Olympic Games brings.”

On Sunday, two protesters were detained on the Acropolis in Athens trying to raise a banner to draw attention to human rights abuses in China.

The Olympic flame will be taken to Athens and handed over to Beijing organizers on Tuesday at the renovated stadium where the first modern Olympics were held in 1896. Beijing will become the first city to have hosted both the winter and summer Olympics.

The Beijing Winter Games will run from Feb 4 to Feb 20, 2022. Only spectators from mainland China will be allowed to attend. Everyone at the Olympics including athletes will be expected to be vaccinated, or else have to spend 21 days in quarantine.