The Prime Minister is a driving force for climate action across the Latin American and the Caribbean region -- the first to agree on the action plan for the UN Decade of Ecosystem Restoration.
IANS 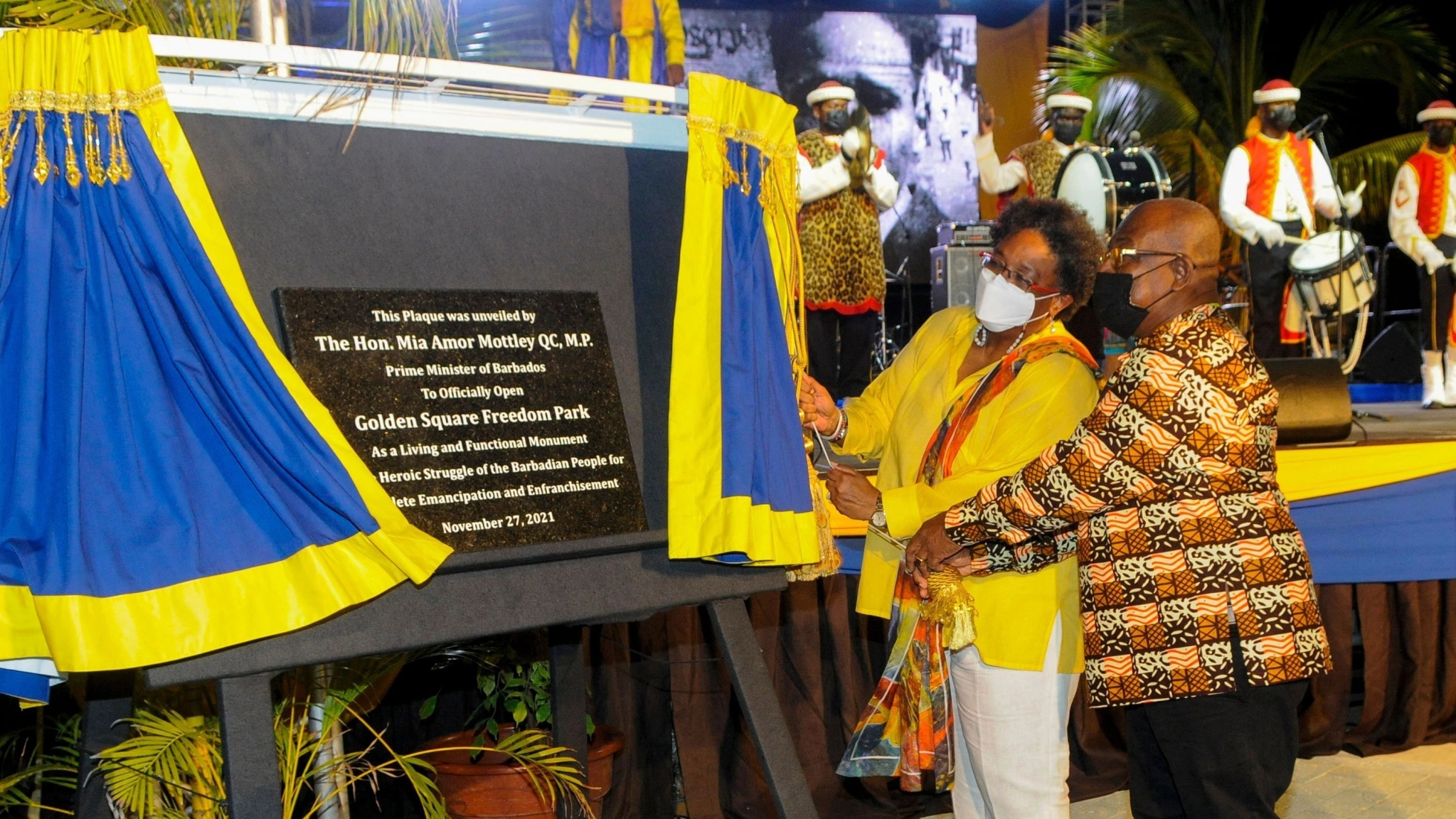 Nairobi: Prime Minister Mia Mottley of Barbados was among those chosen by the UN Environment Programme (UNEP) as its 2021 Champions of the Earth -- the world body's highest environmental honour.

The announcement was made by UNEP on Tuesday for the transformative impact of the champions on the environment and their leadership in advancing bold and decisive action on behalf of people and the planet.

Besides the Prime Minister, a scientist, indigenous women, and an entrepreneur have been shortlisted for the award.

Since its inception in 2005, the annual Champions of the Earth award has been awarded to some of the world's most dynamic environmental leaders.

So far, it has been awarded to 101 laureates, including 25 world leaders, 62 individuals and 14 organisations. This year, UNEP received a record number of nominations from all over the world.

"As we enter into a decisive decade, to cut emissions and protect and restore ecosystems, UNEP's Champions of the Earth demonstrate that all of us can contribute. Every single act for nature counts. The entire spectrum of humanity has both a global responsibility and a profound opportunity," said Inger Andersen, Executive Director of UNEP.

"This year's champions are women who not only inspire us, but also remind us that we have in our hands the solutions, the knowledge and the technology to limit climate change and avoid ecological collapse."

UNEP's 2021 Champions of the Earth are: Prime Minister Mia Mottley of Barbados, honoured in the Policy Leadership category for her powerful voice for a sustainable world from the global south, consistently raises the alarm about the vulnerability of Small Island Developing States due to the climate emergency.

The Prime Minister is a driving force for climate action across the Latin American and the Caribbean region -- the first to agree on the action plan for the UN Decade of Ecosystem Restoration.

Under her leadership, Barbados has adopted ambitious renewable energy targets, committing to a fossil-fuel free electricity sector and transport by 2030. At the same time, Barbados is implementing numerous conservation and restoration projects, from forests, through cities, to the coastline and the ocean.

She also co-chairs the One Health Global Leaders' Group on Antimicrobial Resistance.

The Sea Women of Melanesia (Papua New Guinea and the Solomon Islands), honoured in the Inspiration and Action category, train local women to monitor and assess the impacts of widespread coral bleaching on some of the world's most endangered reefs using marine science and technology.

Gladys Kalema-Zikusoka (Uganda), honoured in the Science and Innovation category, was the first-ever wildlife veterinarian of the Uganda Wildlife Authority, and is a recognised world authority on primates and zoonotic diseases.

As the founder and CEO of Conservation Through Public Health (CTPH), she leads the implementation of three integrated strategic programs using the aOne Health' approach.

Maria Kolesnikova (Kyrgyz Republic), honoured in the Entrepreneurial Vision category, is an environmental activist, youth advocate and head of MoveGreen, an organisation working to monitor and improve air quality in Central Asia.

Under Kolesnikova, MoveGreen developed an app called AQ.kg, which collects data every 20 minutes from the two largest Kyrgyz cities, Bishkek and Osh, about the concentration of pollutants in the air, including PM2.5, and PM10 and nitrogen dioxide.

By amplifying the significant work being done on the environmental frontlines, the Champions of the Earth awards aim to inspire and motivate more people to take to address the triple planetary crisis -- climate change, nature and biodiversity loss, and pollution, chemicals and waste.

This year's awards highlight the UN Decade on Ecosystem Restoration, which runs until 2030, coinciding with the deadline for achieving the Sustainable Development Goals.

By halting and reversing the degradation of terrestrial and aquatic ecosystems, the world can prevent the loss of one million endangered species. Scientists say restoring only 15 per cent of ecosystems in priority areas and thereby improving habitats can cut extinctions by 60 per cent.

Ecosystem restoration will only succeed if everyone joins the #GenerationRestoration movement to prevent, halt and reverse the degradation of ecosystems worldwide.