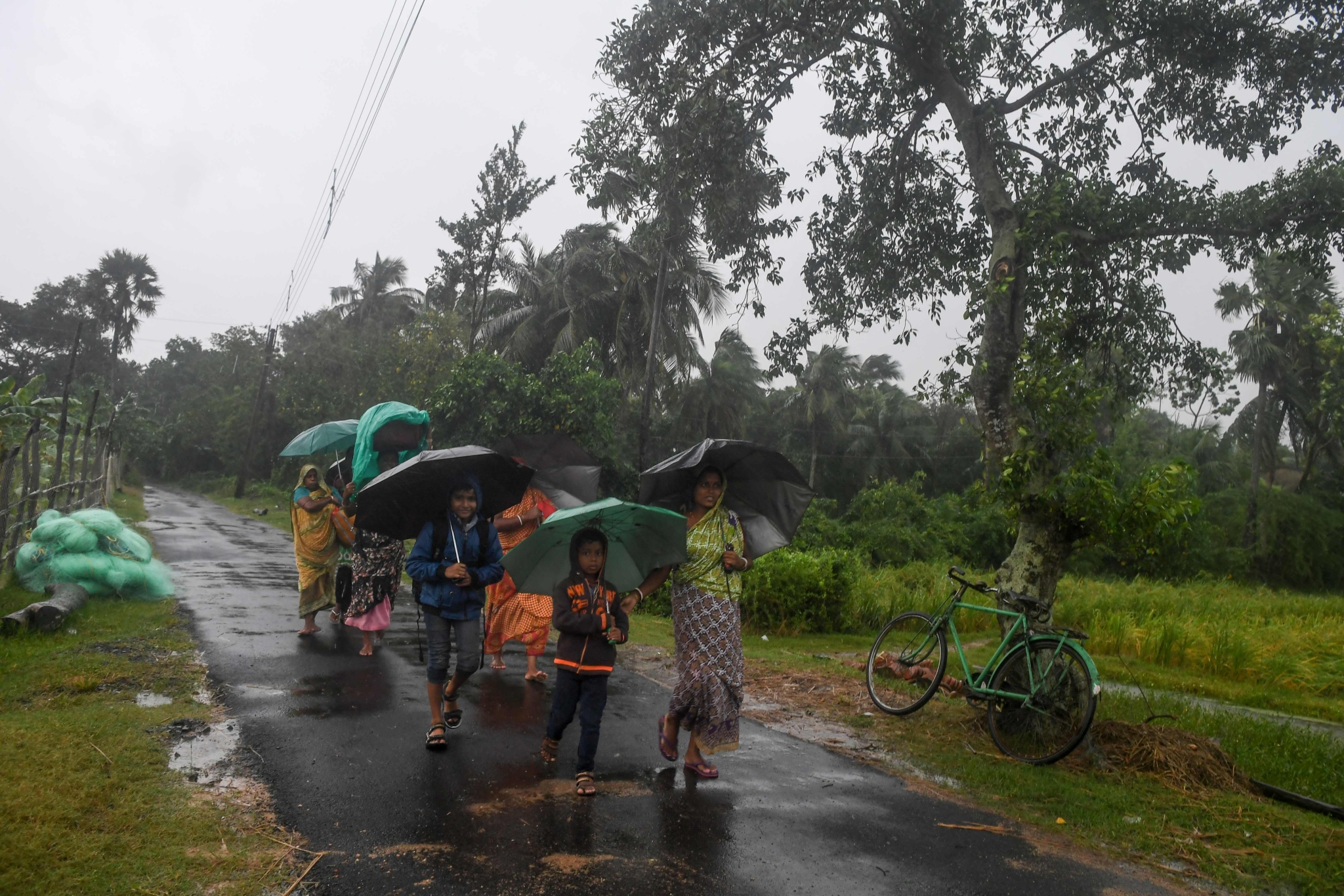 Villagers holding umbrellas carry their belongings on their way to enter a relief centre as Cyclone Bulbul is approaching, in Bakkhali near Namkhana in Indian state of West Bengal on November 9, 2019. | Photo by Dibyangshu SARKAR / AFP

Dhaka: Authorities in Bangladesh on Saturday ordered the evacuation of at least 100,000 people from coastal areas as Cyclone Bulbul was set to make landfall later in the day.

The 'very severe' cyclonic storm surged northwards over the Bay of Bengal was centred about 280 to 475 km south-west of the maritime ports of Mongla, Payra, Chattogram and Cox's Bazar on Saturday afternoon, reports bdnews24.

Maximum sustained wind speed within 74 km of the cyclone centre is about 130 kph, rising to 150 kph in gusts and squalls, according to the country's weather department. The Bangladesh Meteorological Department has advised the maritime ports of Mongla and Payra to hoist 'Great Danger Signal No. 10'.

The government has predicted seven districts -- Khulna, Satkhira, Bagerhat, Barguna, Patuakhali, Pirojpur, Bhola -- to be most vulnerable to the effects of the storm and thus prepared the cyclone shelters in these districts for evacuation.

Bdnews24 quoted State Minister for Disaster Management and Relief Enamur Rahman as saying that "adequate measures" have been taken to tackle the storm.

Around 56,000 volunteers were on standby to provide help, he said, adding that preparations were in place to evacuate people to safe shelters before the cyclone makes landfall.

The authorities have alsosuspended all sorts of activities at three maritime ports and inland water transportation until further notice. All the ships have been asked to move from the jetties to the outer anchorage.