After the video was released, an inquiry had been set up against the judge while the relationship between the judge and the convict is being scrutinized.
FPJ Web Desk 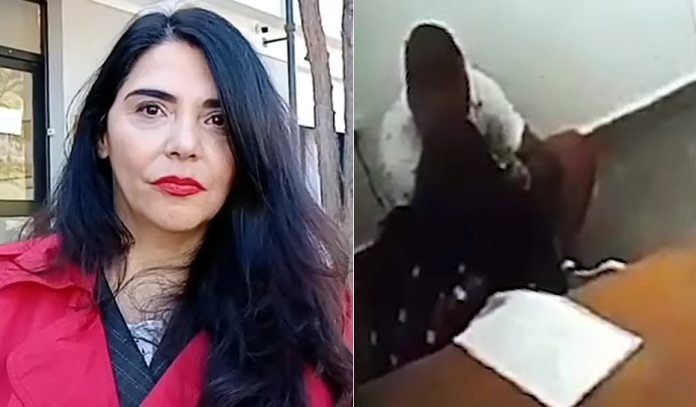 A female Argentinian judge is under scrutiny and is being questioned after a video of her kissing a jailed man went viral. The video of the judge kissing a convict was caught on the prison's security camera.

After the video was released, an inquiry had been set up against the judge while the relationship between the judge and the convict is being scrutinized.

The Superior Court of Justice in Chubut province said it has opened an investigation into Comodoro Rivadavia Judge Mariel Suárez after the intimate CCTV video was posted online with her and inmate Cristian ‘Mai’ Bustos spending time together at the Penitentiary Institute (IPP) in Trelew.

The judge, Mariel Suarez is being investigated after visiting Cristian ‘Mai’ Bustos, who is serving time for shooting a policeman in 2009.

Bustos was jailed over the 2009 killing in nearby Corcovado of police officer Leandro Roberts, who was fatally shot while going to arrest Bustos for an earlier prison break.

She was the only judge involved in the case to vote against the life term he received by the convict.

Court officials said they would probe her ‘inadequate behaviour’ after a video of the December 29 visit was made public.

The Superior Court of Justice of Chubut has now opened administrative proceedings into the judge’s behaviour, alleging that she engaged in inappropriate behaviour with the recently convicted man.

Suarez denied there was a kiss at all to the Argentinian news website Todo Noticias.