Another cyclone bears down on west Oz coast 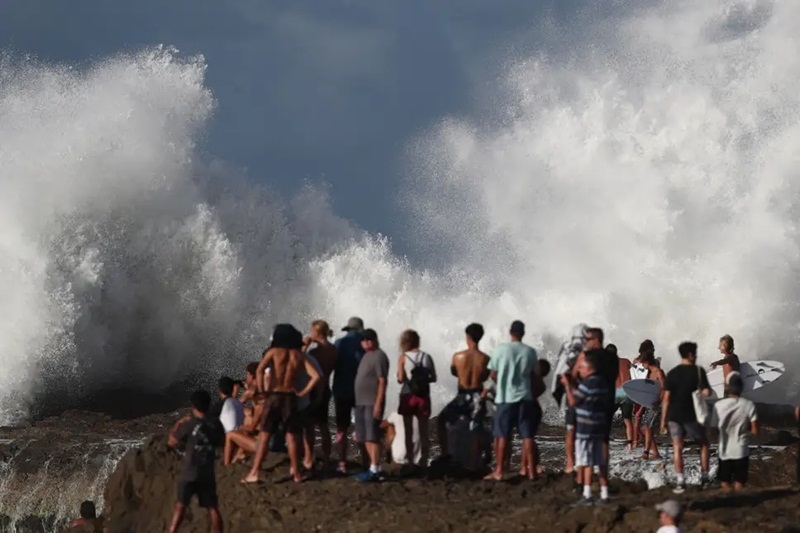 Sydney: Australia was bracing Sunday to be hit by a second powerful cyclone in two days, as Cyclone Veronica bore down on the country’s northwest coast. The storm was expected to make landfall Sunday afternoon, a day after Cyclone Trevor hit a remote part of the Northern Territory coast.

Weather authorities were forecasting Veronica would hit the coast about 1,600 kilometers (1,000 miles) to the west, in the Pilbara region of Western Australia state. While that area is lightly populated, residents were warned that because the cyclone was moving slowly — at just 8 kilometers per hour (5 mile per hour) — they would likely have to shelter for several hours.

A category 3 system on a scale in which 5 is the strongest, Veronica has winds of up to 220 kph. With Trevor downgraded on Sunday to a tropical low pressure system as it moved inland, the more than 2,000 people evacuated from Northern Territory coastal areas in its path began moving back home.

Officials were still awaiting word on any damage to property and livestock. Flood warnings were still in effect for inland areas as the system moved south. Bureau of Meteorology senior forecaster James Ashley said Veronica was unique because of its slow speed, which would bring a long danger period.

“We are expecting a prolonged period — 12 hours or more — of destructive winds near the core of the cyclone,” Ashley said.
Cyclones are frequent in Australia’s tropical north and rarely claim lives. But two large storms such as Trevor and Veronica hitting on the same weekend is rare.