In other words, India is willing to partially open up its traditionally protected sectors -- dairy and poultry -- on the condition that the US grants India better terms for its pharmaceutical, textile and agro-machinery products.
Sanjay Jog 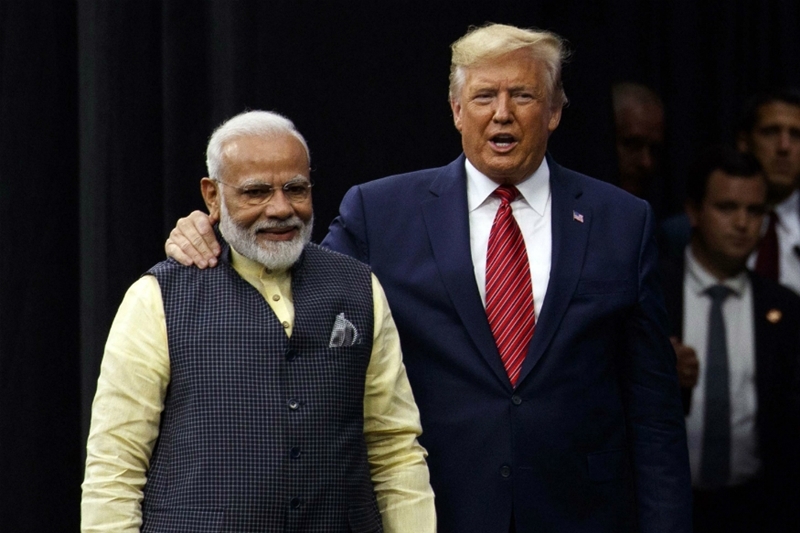 Washington / Mumbai: India is likely to give the US access to its dairy and poultry markets -- but with a 5% tariff and quotas -- in exchange for renegotiated terms for its pharmaceutical, textile and industrial exports under a new bilateral trade deal to be signed during President Donald Trump's visit.

In other words, India is willing to partially open up its traditionally protected sectors -- dairy and poultry -- on the condition that the US grants India better terms for its pharmaceutical, textile and agro-machinery products.

But opening up the dairy sector is easier said than done. Last year, there was considerable opposition from RSS affiliate – the Swadeshi Jagaran Manch – when there was a buzz about the inclusion of dairy sector in the proposed Regional Comprehensive Economic Partnership, a mega trade deal including China, Australia, Japan, South Korea and New Zealand apart from 10 ASEAN countries.

However, fears that such a move will adversely affect the livelihood of millions of people in the country had weighed with the government.

The government had pulled out of the proposed pact saying the deal was not in national interest. Yet again, cooperative and private players are not enthused by the Centre's move to partially open up the dairy market to the US. They want more clarity from the Centre on certification of such products, especially that they are not derived from animals that have consumed feeds that include internal organs, blood meal or tissues of ruminants.

All this borders on religious sensibilities, which can get offended easily.

The stakeholders are, therefore, demanding that the Centre should doubly check these dairy products, possibly in Indian laboratories after they have landed in the country.

They were reacting to the BJP led government at the Centre mulling over allowing US partial access to India's dairy market by imposing 5% tariff.

The BJP led government in 1998 and 2004, the UPA I and II and the Modi led dispensation during 2014-19, had so far argued that restricting US dairy product imports was allowed under Article XX (a) of the General Agreement on Tariffs and Trade, which allows members to adopt or enforce measures that are necessary to protect public morals.

Vinayak Patil, ex-chairman of Mahanand, which is an apex federation of district taluka milk unions in Maharashtra, told FPJ, ''There has been strong opposition at the Government level and also from milk suppliers for almost two decades, as there are apprehensions about the methods applied in the production of such dairy products.

Allowing partial access will also adversely impact domestic farmers and milk suppliers as they are struggling to cope up with the present mismatch between the production of milk and milk powder and their supply.

The government's decision will lead to sharp reduction in milk prices which will further put pressure on the farmers. Patil further argued that the US dairy products will have to undergo strict laboratory checks despite being certified by the US government agencies.

Interestingly, the Modi led government has so far taken a stand that India is committed to respecting the religious and cultural beliefs of its people and it will be inappropriate to impute any other considerations to this decision.

BM Vyas, ex-MD of Amul said, ''If the American government ensures that dairy product supply is safe and healthy, as per certified Indian laws, then we should allow import.'' He observed that such import may help India to address the malnourishment issue.

''At Gokul, which is  an Operation Flood cooperative dairy project, we  procure milk from farmers at Rs 42 per litre and shell out Rs 150 crore per month towards milk procurement. With the import of US dairy products, farmers will not get due remuneration. The Centre should reconsider its decision,'' he opined.

Pritam Shah, MD of Parag Milk Foods, a leading private sector dairy company, made a strong case for seeking clarity that US dairy products will be purely vegetarian.

HARLEY DAVIDSON: Sources said, India has also shown willingness to reduce its 50 per cent tariffs on Harley-Davidson motorcycles to please President Trump who gave India the epithet of "tariff king" on Twitter over the issue.

The lowering of tariff won't have much impact because very few bikes of Harley Davidson are sold in India, sources said.

CHIECKEN LEGS: India has also offered to allow imports of US chicken legs, turkey and produce such as blueberries and cherries, government sources said, and has offered to cut tariffs on chicken legs from 100% to 25%. US negotiators want that tariff cut to 10%.