A number of explosions shook parts of Kyiv early on Sunday in the first assault on Ukraine's capital for weeks.

Columns of black smoke could be seen above the city - Russia says it hit tanks supplied by European countries. At least one person was reported hurt.

The city has been largely spared in recent months as Russian forces concentrate attacks in the Donbas region of eastern Ukraine.

Russia’s defense ministry said a barrage of airstrikes on Ukraine’s capital destroyed tanks donated by the West and other armor in an attack on Sunday that shattered five weeks of eerie calm in Kyiv, as President Vladimir Putin warned the West about supplying long-range rocket systems to Ukraine.

Putin said that Moscow would hit targets “we haven’t yet struck” if it went ahead with such deliveries. It wasn’t immediately clear if Putin was referring to new targets within or outside Ukraine’s borders.

Russian forces pounded railway facilities and other infrastructure early Sunday in the capital, Kyiv. Ukraine’s nuclear plant operator, Energoatom, said one cruise missile buzzed the Pivdennoukrainsk nuclear plant, about 350 kilometers to the south, on its way to the capital — citing the dangers of such a near miss.

There was no immediate confirmation from Ukraine that the Russian airstrikes had destroyed tanks.

If such missiles are supplied, “we will strike at those targets which we have not yet been hitting,” Putin was quoted as saying in an interview with Rossiya-1 state television channel.

Tens of thousands of people have been killed and millions forced to flee their homes since Russia launched an invasion of Ukraine in late February, despite diplomatic efforts to bring about a ceasefire.

Meanwhile, Ukraine’s President Volodymyr Zelenskyy said that the main church at Sviatohirsk Lavra, one of the country’s holiest Orthodox Christian sites, has burned down following a Russian attack.

He said that street fighting is continuing in the city of Severodonetsk, where the situation remains “extremely difficult”. 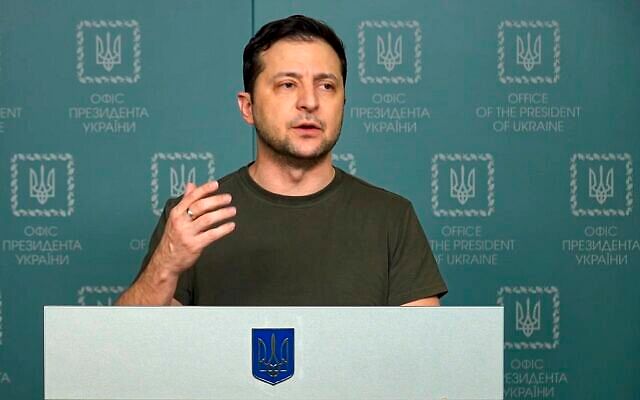