The order came in a statement from the Taliban’s virtue and vice ministry, tasked with enforcing the group’s rulings

Basira Joya, 20, presenter on a news programme, records a broadcast at the Zan TV station (women's television) in Kabul, Afghanistan in 2017 | AP

Afghanistan’s Taliban rulers have ordered all female TV presenters to cover their faces on air, the country’s biggest media outlet has said.

The order came in a statement from the Taliban’s virtue and vice ministry, tasked with enforcing the group’s rulings, as well as from the information and culture ministry, the Tolo news channel tweeted on Thursday. The statement called the order “final and non-negotiable”, the channel said.

The statement was sent to the Moby Group, which owns Tolo and several other TV and radio networks. The tweet said it was being applied to other Afghan media as well.

The order follows a recent directive from Taliban authorities that Afghan women must cover their faces in public and is seen as the latest sign of a possible return to the Taliban’s ultraconservative rule of the past and an escalation of restrictions on women that are causing anger at home and abroad.

Several female anchors and presenters posted their photos on social media showing themselves with their faces covered with face masks while they presented programmes.

One prominent Tolo presenter, Yalda Ali, posted a video of herself putting on a face mask with a caption: “A woman being erased, on orders from the virtue and vice ministry.”

On one station, Shamshad TV, implementation of the order was mixed. One female anchor appeared with a face mask on Thursday, while another later in the day went without, showing her face.

During the Taliban’s 1996-2001 rule, it was obligatory for women to wear the all-encompassing blue burqa or body veil.

After the group seized power again in August 2021, the Taliban initially appeared to have moderated somewhat their restrictions on clothing, announcing no dress code for women. But in recent weeks, authorities have introduced restrictions.

On May 7, the Taliban announced that it was now “required for all respectable Afghan women to wear a hijab”. The decree was the first for the new Taliban regime where criminal punishment was assigned for violation of the dress code for women.

Most Afghan women wear a headscarf for religious reasons, but many women in urban areas such as Kabul do not cover their faces. 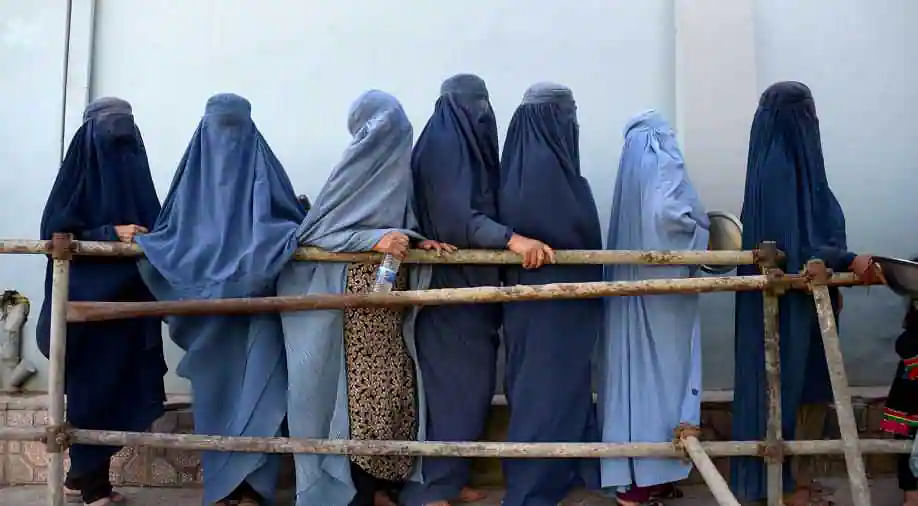