Map of Afghanistan with its capital, Kabul | AP
Follow us on

A blast went off outside the Russian Embassy in the Afghan capital of Kabul on Monday, killing two members of the embassy staff and at least one civilian, a Russian state news agency and a local police official said.

A higher death toll was expected, with conflicting reports saying that up to 20 people had been killed.

The RIA Novosti news agency said explosion went off when a Russian diplomat came out to people waiting outside to call out the names of candidates for visas. Citing Moscow’s Foreign Ministry, the agency later reported that two members of the embassy staff were killed.

Khalid Zadran, a spokesman for the Kabul police chief, said at least one civilian was killed and that 10 others were wounded. He said a suicide attacker tried to detonate a bomb in the crowd, but was identified by security forces who shot him. It was not immediately clear if he was able to detonate the explosives.

"The suicide attacker before reaching the target, was recognised and shot by Russian embassy (Taliban) guards ... there is no information about casualties yet," Mawlawi Sabir, the head of the police district where the attack took place, told Reuters.

Russia and the Taliban

Unlike many other countries, Russia hasn’t evacuated its embassy in Kabul and its ambassador has maintained regular contacts with the Taliban after they took over the Afghan capital in August last year.

Russia had worked for years to establish contacts with the Taliban, even though it designated the group a terror organization in 2003 and never took it of the list.

Any contact with such groups is punishable under Russian law, but the Foreign Ministry has responded to questions about the apparent contradiction by saying that its exchanges with the Taliban are essential for helping stabilize Afghanistan.

President Vladimir Putin noted that there must be no rush in officially recognizing the Taliban as the new rulers of Afghanistan, but emphasized the need to engage in talks with them.

At the same time, Putin and other Russian officials emphasized the threats posed by the Islamic State group and other militants based in northern Afghanistan, and noted that drug trafficking from Afghanistan will continue to present a challenge.

The Islamic State in Khorasan, a terrorist group with up to four thousand members in Afghanistan, has emerged as the Taliban’s main military threat. Analysts say that the security situation has generally improved throughout Afghanistan, with fewer civilian casualties in 2022.

But the terrorist group has continued to launch attacks, particularly against minority communities such as the Hazaras, even as the Taliban work to eradicate it.

Amid the US troop withdrawal, the Islamic State in Khorasan claimed responsibility for an attack near the Kabul airport that killed 13 U.S. service members and at least 170 Afghan civilians.

According to the UN monitoring team, that attack elevated the group’s status and led the self-declared Islamic State to provide an additional half a million dollars in funding for the group.

Russia sees the main threat to regional stability as arising from the presence of Islamic State (ISKP) fighters and other militants primarily in northern Afghanistan, according to Russian experts participating in a virtual roundtable discussion hosted by Columbia University’s Harriman Institute.

Given the inherent hostility between the Taliban and ISKP, rooted in differences over radical Islamic doctrine, Russia is hoping the new rulers in Kabul can keep a lid on northern militancy. In placing its hopes in the Taliban, Russia believes the movement isn’t interested in exporting its harsh methods of organizing Islamic society beyond Afghanistan’s borders. 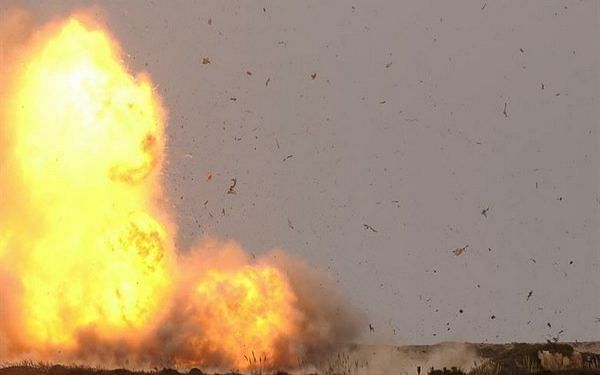