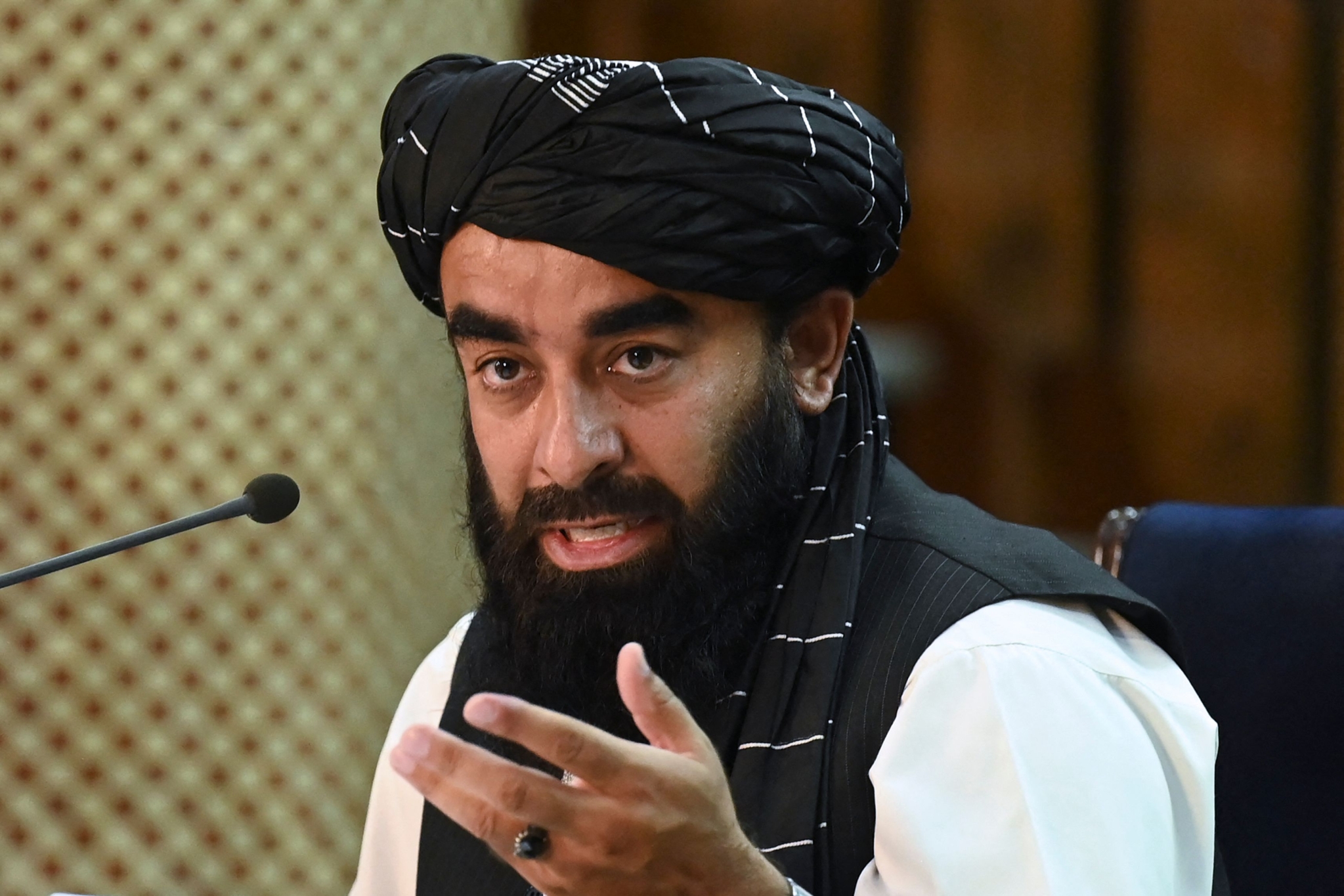 Taliban spokesman Zabihullah Mujahid addresses a press conference in Kabul on September 7, 2021. - The Taliban on September 7 announced UN-sanctioned Taliban veteran Mullah Mohammad Hassan Akhund as the leader of their new government, while giving key positions to some of the movements top officials. | (Photo by Aamir QURESHI / AFP)

Taliban on Tuesday finally announced its new 'acting' government ending days of speculation and reports of infighting within the group, which reportedly delayed the announcement of the new dispensation in Afghanistan.

Also, Salahuddin Haqqani, the leader of the Haqqani network has been named the new interior minister.

The announcement comes a day after the outfit declared they were in control of Panjshir province, the last holdout of anti-Taliban forces in the country after their sweep of Afghanistan last month.

Here is the list of ministers in the Taliban government:

Mullah Mohammad Hasan Akhund is the ‘acting’ PM in the new Afghan government.

Mullah Abdul Ghani Baradar is the first deputy and Mullah Abdus Salam is the second deputy.

Acting Director of the Administrative Office of the President: Ahmad Jan Ahmady

The announcement of appointments came hours after Taliban fired into the air to disperse protesters and arrested several journalists, the second time in less than a week the group used heavy-handed tactics to break up a demonstration in the Afghan capital of Kabul.

The demonstrators had gathered outside the Pakistan Embassy to accuse Islamabad of aiding the Taliban's assault on northern Panjshir province.

(With ANI and AP inputs)