Abdul Hakim Hakimi, the director of the provincial Public Health department, said that three women were among the four people who died during the accident.

Four people were killed and 48 others were injured after a traveller bus overturned in Zabul province of Afghanistan on Tuesday, a media report said.

A traffic police officer said that the accident took place in the Shahr-e-Safa district in the early morning, Xinhua reported.

Abdul Hakim Hakimi, the director of the provincial Public Health department, said that three women were among the four people who died during the accident.

Hakimi added that 48 injured people including women and children had been taken to hospital, Xinhua reported.

Traffic police officials have said that deadly road mishaps often occur in Afghanistan due to reckless driving and congested roads.

Earlier, in July, at least eight people were killed and 30 others were injured in two separate traffic accidents that took place in Afghanistan's Baghlan province, media reported citing health officials.

Baghlan's head of the information and culture directorate in Malawi Mustafa Hashemi said that a bus, carrying passengers from Kabul to Balkh, collided with a truck near the city of Pul-e-Khumri at around 2 am on July 16, TOLO News reported.

The officials added that the people who were injured during the incident were taken to two hospitals in Baghlan and Samangan provinces.

Baghlan Hospital's head Mohammad Anwar Wardak said, "We admitted 15 injured, including a child and a woman. Some of the wounded were discharged." The officials added that the incident resulted in eight casualties.

At least four people were wounded when a vehicle lost its control in the Doshi district in Baghlan on Friday evening, local media reported.

In a similar incident, three people were killed in a road accident that took place in Baghlan province in May, media reported citing traffic police. 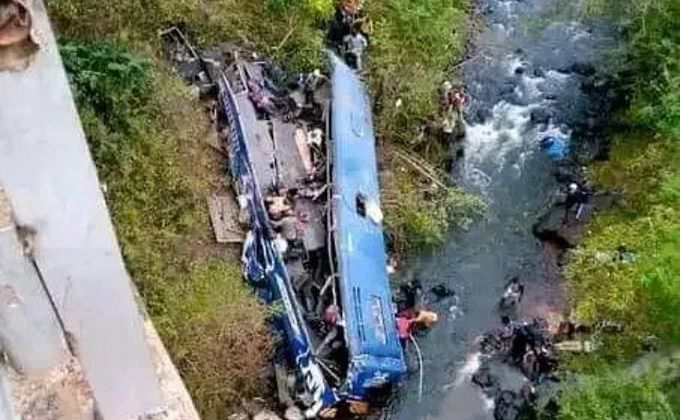