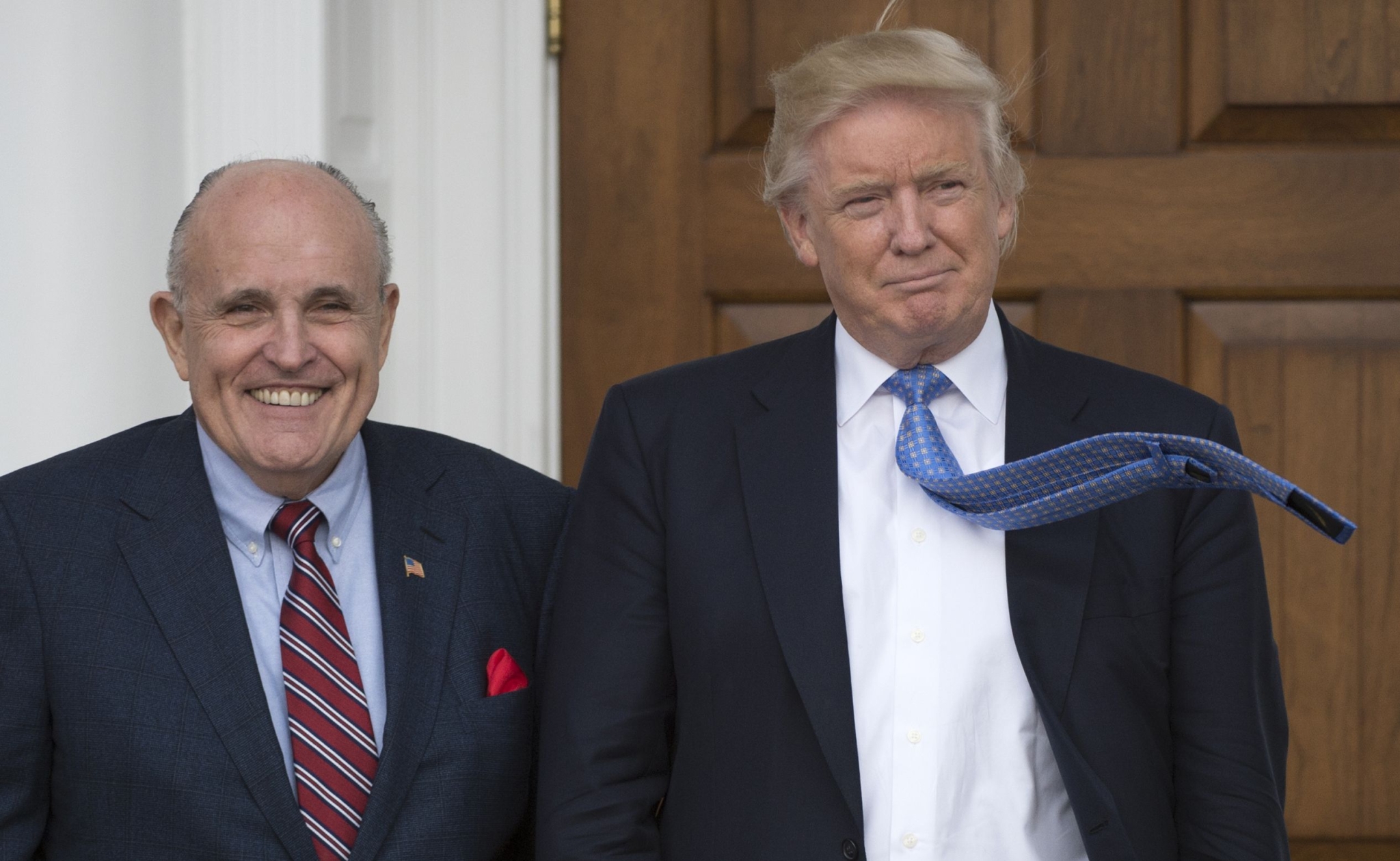 The subpoena "compels you to produce the documents set forth in the accompanying schedule by October 15, 2019," House Intelligence Committee chairman Adam Schiff and the chairs of two other panels conducting investigations wrote Giuliani.

The chairmen are seeking all communications by Giuliani and three of his business associates related to Trump's alleged effort to pressure Ukraine's President Volodymyr Zelensky to launch "politically-motivated investigations" against 2020 White House hopeful Joe Biden and his son.

Trump's Ukraine call is now at the heart of the rapidly unfolding impeachment drama, which Trump insists is a "witch hunt" against him. Giuliani, the former mayor of New York, admitted on live television last week that as Trump's attorney he asked the government of Ukraine to target former vice president Biden, the chairmen said.

"In addition to this stark admission, you stated more recently that you are in possession of evidence -- in the form of text messages, phone records, and other communications -- indicating that you were not acting alone and that other Trump Administration officials may have been involved in this scheme," they wrote to Giuliani.

Giuliani has emerged as Trump's point man in the Ukraine scandal, which mushroomed last week following the revelation of a whistleblower's complaint alleging presidential wrongdoing and the White House's release of a memorandum on Trump's July phone call with Zelensky.

Giuliani has acknowledged meeting with Zelensky aides in Spain. Last week, he told Fox News that he met the aides "at the request of the State Department" and that he has the memos to prove it.

On Sunday, Giuliani said he would consider complying with a subpoena if it was issued, but it would be up to Trump. "I have to be guided by my client, frankly," Giuliani said on ABC.

Schiff and the other chairmen, Eliot Engel of House foreign affairs and Elijah Cummings of the oversight committee, signaled they do not believe the documents sought would be privileged.

And they warned Giuliani that refusal to comply with the subpoena "shall constitute evidence of obstruction of the House's impeachment inquiry and may be used as an adverse inference against you and the president."